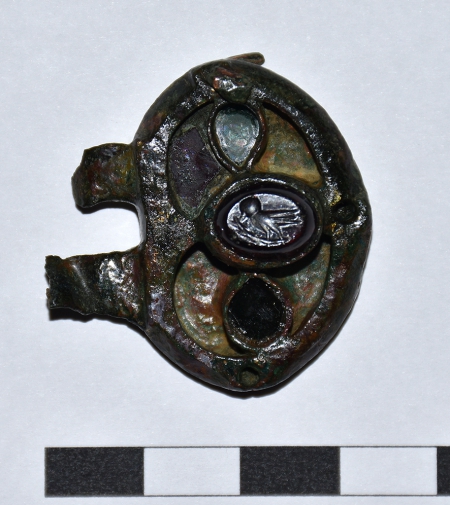 In 2020, during the excavations of the citadel of the medieval town of Rusokastro, an extremely valuable find was discovered. When it was found, it was in a very bad condition, which did not allow archaeologists to give a definite opinion about exactly what function it performed. It was only clear that this was a valuable item of copper alloy, decorated with cellular enamel, which had to be long and hard to clean and preserve.
Silvia Borisova, a metal restorer at the Regional History Museum in Burgas, is taking on this difficult task. After nearly half a year of hard work, she manages to clean the object and at the same time preserve it in the most appropriate way possible.
Gradually, in the process of work, it becomes clear that this is part of a bronze belt buckle. It is 35 mm long. and 34 mm wide. The buckle plate was decorated with colored glass cubes in blue and green, mounted in specially constructed cassettes. Three of these glass cubes are preserved in place. In the center of the tile, in height, is made a large elliptical cassette, in which is inserted a magnificent gem, probably made of carnelian. The gem is of miniature dimensions - it is 8 mm long. and 5 mm wide.
An image of a bird perched on an olive branch is extremely masterfully carved on the gem. The bird has a large head, short beak and exquisitely depicted wings, feathers and legs. Maybe it's an image of a dove.
Such finds are extremely rare. The gem is early Christian, from the second half of the 5th century, when the belt buckle plate itself dates back. Such a find is not known from the South Black Sea coast so far.
Numerous finds of gold, silver, agate and bronze have been discovered in the medieval town so far. This is the origin of the only ivory icon in the world, discovered during regular archeological excavations. The 2020 find once again shows that the early Byzantine and medieval city was inhabited by a rich and numerous urban population who could afford elite luxury goods.
The excavations of the medieval town of Rusokastro are carried out by the Regional Historical Museum - Burgas, and are funded by the Municipality of Kameno and the Ministry of Culture of the Republic of Bulgaria. 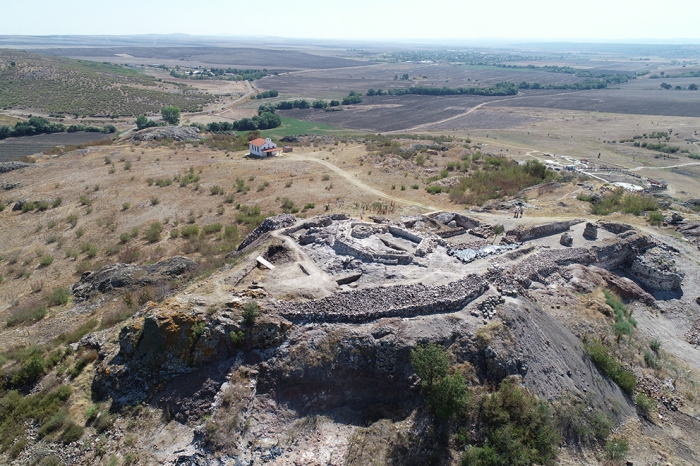 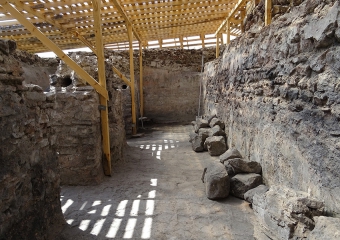