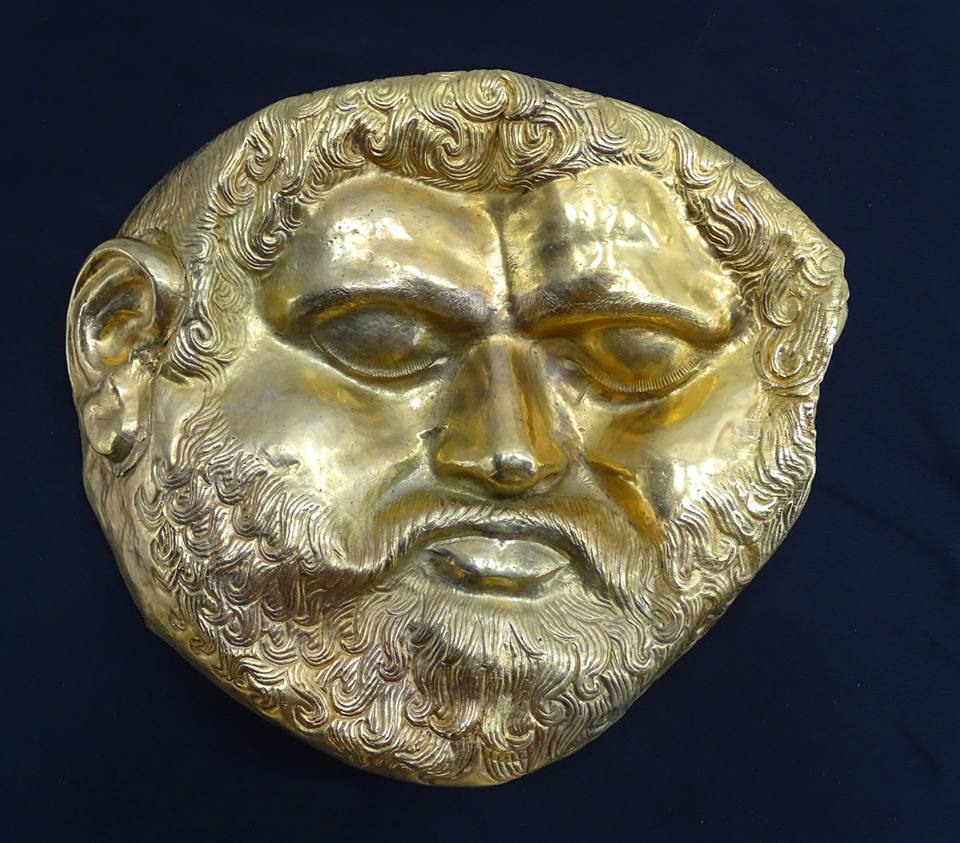 The golden funeral mask and ring-seal, that is believed to have belonged to the legendary ruler Teres of Odrese, will be shown in the center of the Treasure Hall of the Burgas Museum.
In 2004, a rich tomb of a Thracian aristocrat was discovered in the mound "Svetitsa". Among the funeral gifts are objects of gold, silver, bronze, ceramics, iron. One of the most valuable finds is a massive golden mask weighing nearly 600 g, presenting a male face with lush hair and beard. Another find was a gold ring with an image of a recreational athlete.
The grave gifts were found in a masonry massive stone grave block. Only parts of the bones of the body are found from the skeleton. According to the opinion of the archaeologist Georgi Kitov, the corpse was dissected before the death and in the grave were placed only parts of it which testify to an orphical ritual.
The exhibited items are part of the collection of Historical museum Iskra - Kazanlak and are the only museum copies of the originals, which are kept in Sofia.
The exhibition will be open on May 19, Saturday at 18:00 h. at the Archaeological Museum (21 Bogoridi St.) and tops the program of RHM-Burgas on the occasion of the Night of Museums.

The director of RHM-Burgas was awarded with the "Golden Age"