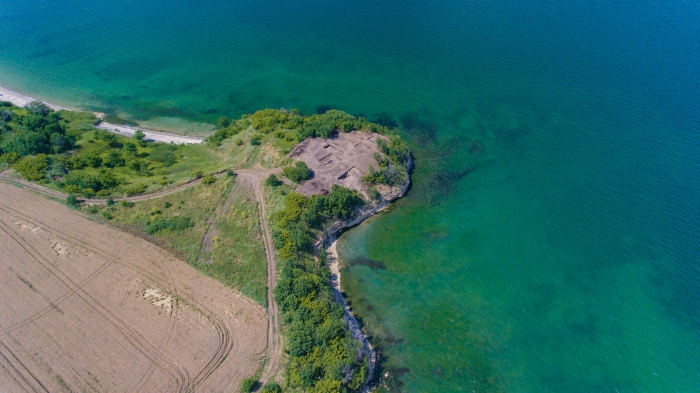 From the end of May to the end of June, archeological excavations were carried out on Cape Chiroza near the Kraimorie district of Burgas. The excavations were financed by the Municipality of Burgas with scientific supervisor Prof. Dr. Ivan Hristov (National History Museum) and Deputy Supervisor Dr. Milen Nikolov from RHM Burgas. 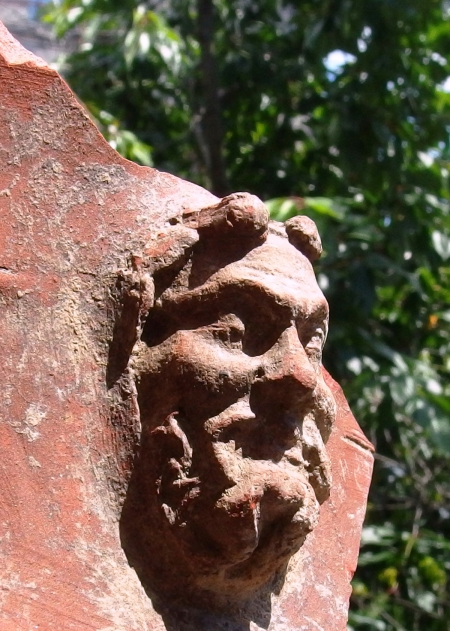 Archaeologists from both museums have uncovered the foundations of a wall enclosing an area of ​​1 decare of Cape Chiroza and the foundations of a large massive two-part tower located in the highest and protruding part of the cape in the sea. In front of these structures, separate sections of a ditch up to 3 meters wide, preserved at a depth of up to 2 meters from the current terrain, have been studied. The moat probably performed defensive functions, but it is possible that its excavation also had ritual functions. Hundreds of ceramic fragments of local Thracian pottery have been found, and imported ones made for the most part in the workshops in Asia Minor around ancient Pergamum. The found coins, ornaments, amphora seals and character samples of the ceramic production date the site to the end of the II-I century BC.

Very interesting is the location and the massive foundations of the building situated at the end of Cape Chiroza. The foundation suggests the presence of storeys in height through stone masonry. Regardless of the taxes for residential use on the first floor, the possibility that this building served as a tower cannot be ruled out. A similar tower with massive foundations has been studied on Zaychi Vrah near Kabile. Towers similar to that of Cape Chiroza have been recorded in various places in the Mediterranean world. For some of them, it has been hypothesized that they were observatories and places for transmitting signals at sea.

In this case, the site of Cape Chiroza should be considered in the context of underwater structures found in the southeastern waters of the cape, where underwater details of destroyed buildings, archaeological material dating back to the first millennium BC, as well as amphorae and building pottery from the Roman and late antiquity.

The excavations on Cape Chiroza fill a white spot in the coastal settlement system of the Western Pontus between the Atia Peninsula and the area of ​​today's Burgas. As a design of the site, it finds parallels with the fortified sites on the western Bulgarian Black Sea coast: Palyura near the village of Emona, Canton on the northern shore of Lake Mandre; Pharmakida near the town of Primorsko; Brodilovo village, Tsarevo municipality; Sinemorets village, Tsarevo municipality; the village of Ravadinovo, the Municipality of Sozopol and the village of Izvor, the Municipality of Burgas.

The research of Prof. Hristov and his colleagues from the Burgas Museum continues underwater in the Chengene Scaffolding Bay. 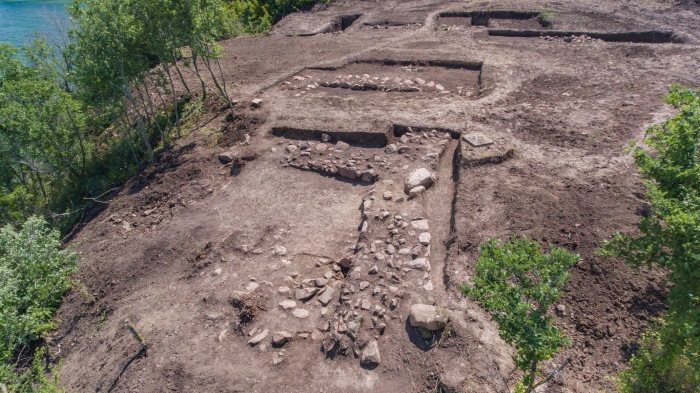 Beach weekend at the Burgas Museum?! Here is what we have prepared for you