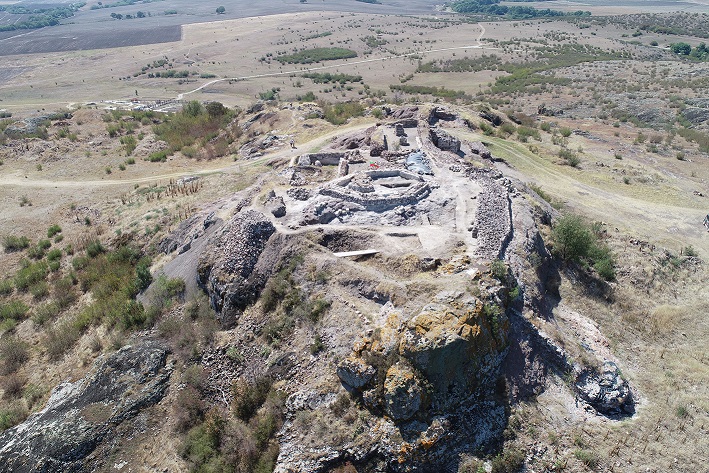 This year's excavations of the Rusokastro fortress were completed in the beginning of October 2020. As a result, the dungeon of the castle, a large fragment of the eastern fortress wall and a brand new rectangular tower were completely uncovered.

Usually, every animal bone found is collected during the research process. During their analysis, the archaeozoologist Georgi Ribarov came across an extremely interesting find. This is a shoulder of a horse, found in a layer from the end of the XIII-beginning of the XIV century. It has been subjected to heat treatment - the meat is eaten after roasting, which is clearly visible from the characteristic change in the color of the bone. Then, on one surface of the shoulder in three places there are clear traces of burning. It is almost certain that it is a matter of pressing a hot iron with a circular cross-section on the surface of the bone. In this way, three circles are burned, equidistant from each other, in a line.

Such a case is not known in the scientific literature and historical sources. In Bulgarian traditional culture, the horse is a very strong, sacred animal, and such actions on horse bones are very unusual. It is known that divination on a lamb shoulder by a special person-caretaker, but no similar actions are known on a horse bone. 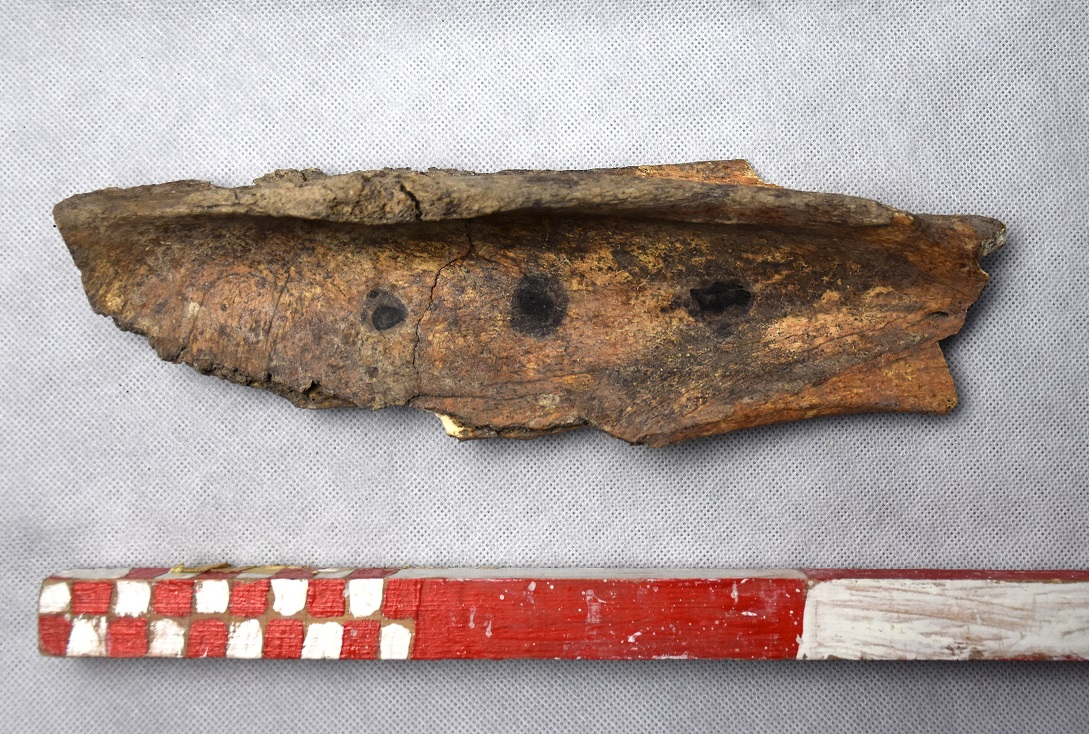 At the moment, the researchers' working hypothesis is that it is a ritual action, that is completely unknown as a parallel in Bulgarian traditional culture.
It is possible that this discovery was related to a completely foreign culture - it is possible that Tatars or Cumans performed this ritual.

The excavations of the Rusokastro fortress are carried out by the Regional Historical Museum - Burgas and are funded by the Municipality of Kameno and the Ministry of Culture of the Republic of Bulgaria.