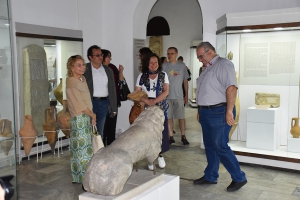 The audience numbered over 3,000 people, visiting the four exhibitions of Regional Historical Museum -Burgas from 18:00 to 00:00 in the "Night of Museums", which took place on May 21. Traditionally, at 18:00 the official start was given by the Brass Band of the Municipality of Burgas, which announced the central street "Bogoridi" with its own open-air concert. As tradition dictates, the Archaeological Exposition was the first to show its new exhibition - "Medieval sgraffito ceramics from the Bulgarian Black Sea coast." The honor to open the first and only such exhibition in Bulgaria, which presents the most elite specimens of medieval artists from the Black Sea coast from the XII-XIV century, had the director of RHM - Burgas - Dr. Milen Nikolov, who told visitors interesting and curious facts about the art called sgraffito. The visiting exhibition "Monastery Culture of the Balkans" by HM Samokov was opened in the Historical Exposition. It is a small part of the numerous photographic works of Prof. Mihail Enev, a lecturer at the National Academy of Arts, the man to whom we owe our ideas about what is stored in the monasteries in our country and on Mount Athos.
Traditionally, the halls of the Natural History Museum were also very popular, proudly showing off their new rich exhibition of sands "The World in a Grain of Sand". Sands from 220 beaches and deserts from all over the world are presented, as the collection numbers over 600 sites.
The highlight of this year's Ethnographic Exhibition was the exhibition "Firefighting - Bulgarian magic with fiery embers" presented with photographs from 1946 and 1953, which illustrate in detail the fireworks festival on June 3 (old style) in the village of Bulgari and its culmination - the dance fiery embers.
RHM - Burgas, expects its visitors from Tuesday to Saturday from 9:00 to 17:00, and from June to switch to summer working hours - from 10:00 to 19:00, with no day off. 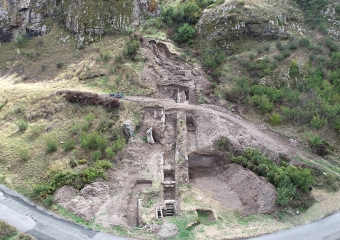