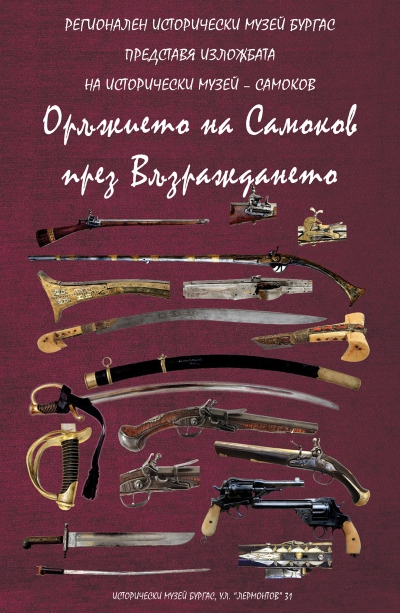 The April Uprising of 1876 was the most dramatic event in the history of our national liberation movement. It shows Europe and the world Bulgaria's determination to restore state independence.

It is interesting to note that the first weapons recorded in the Inventory Book of the Museum in Samokov - pistol, rifle and scythe - date from 1937. In the following years, more cold steel and firearms were added, including those produced in the early XX century. The more valuable models have recently been restored and arranged in the exposition of the Samokov Museum. Their photos are included in the visiting mobile exhibition in Burgas.

In addition to the poster boards, in the Exhibition Hall of the Historical Museum in our city, weapons from the fund of RIM-Burgas, dating from the same period, will be displayed.

The exhibition "The Weapon of Samokov during the Revival" by IM-Samokov will be opened on April 20 at 17:00 in the yard of the Historical Museum (31 Lermontov Str.) And will be open to the public in the Exhibition Hall until the end of the month. May.

New permanent exposition in the Natural History Museum in Burgas