The first topic is the exhibition "Bulgarian refugees in our memory", which through information boards and preserved authentic costumes from the fund of the Regional Historical Museum of Burgas shows the difficult fate of our compatriots from Eastern Thrace, Western Thrace, Asia Minor and Macedonia. The exhibition presents the creation of the Sarafovo neighborhood and the Refugee Loan of December 22, 1926, which our country takes for the land of the settlers and the construction of the so-called Sharon houses in the cities on the southern Black Sea coast.

The second topic is dedicated to a unique custom typical of Strandzha Mountain - "Firefighting - Bulgarian magic with fiery embers". The author of the exhibition is Tsonya Drazheva (1954-2013), who was also a long-time director of the museum in Burgas. Fans of the ancient custom have the opportunity to see and get acquainted with exhibits and photos related to the magical dance, performed today, on the night of June 3rd to 4th in the village of Bulgari, municipality. Small Tarnovo. Among the most famous firefighters remains Grandma Zlata, who went into the embers until the end of her days, because firefighting is magic - the magic of fire, the magic of walking on coals, the magic of connecting man with another world. Independently, the exhibition has visited various points and regions in the country - BAS Sofia, IM-Kavarna, RIM-Haskovo, EMO "Etar", RIM-Shumen, REM-Plovdiv, etc., is also presented in Poland.

The third theme features authentic costumes from the fund of the Regional Historical Museum of Burgas, which reveal the diversity of ethnographic and ethnic groups living in the Burgas region. The traditional women's costumes are from Malko Tarnovo, the villages of Kozichino, Fakia, Tranak, Esen.
The exhibition was opened by Deputy. Director of NIM Eng. Nadia Nikolova, Diana Savateva - Deputy. Mayor of Culture, Tourism and Sports of the city of Burgas and Plamena Kirova - ethnologist at RIM Burgas. Sofians and guests of the capital can view the exhibition until December 2020 in the hall for temporary exhibitions of NHM.

Archaeological excavations of an ancient sanctuary on the island of St. Peter, water area of ​​Sozopol 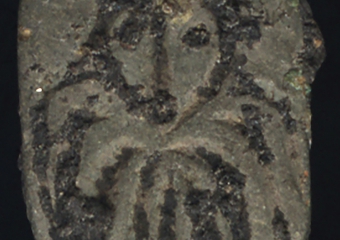