The species is native to the East Coast of the United States. In the Black Sea Atlantic blue crab appears for the first time in fall of 1968 and is observed for the second time in 1984. Since then, Callinectes Sapidus continues to penetrate into our sea, accumulating many more observations. At the Natural History Museum of Burgas Atlantic blue crab was brought for the first time in August 2006. Back then a fisherman catch it in the Burgas Bay and after checking at the Regional Inspectorate of Environment and Water of Burgas, the specimen is brought in the museum for taxidermy. Today the blue crab can be seen in the collection of Natural History Museum Burgas .

The record continues in July 2007 when another species is brought alive in the Varna Aquarium; in 2008 the blue crab appears in the nets of fishermen from Ahtopol; in 2009 one is caught near Tsarevo. In October 2013 our Natural History Museum received its second specimen. This chronicle suggest that probably many more blue crabs have been caught or seen, which indicates that the invader has already become regular in the Black Sea waters.

The Atlantic blue crab is representative of the higher crustaceans Malacostraca (meaning a "soft shell"). Despite the name of its class; this species has hard shells and 10 spider legs. The largest specimens have 30 cm width of the shield. From the sides are long spikes. The back legs are modified into flippers and as the front are regular pincers. The colour of the shield is brawn-green to steel-grey. Legs and claws are turquoise-blue, hence the name of the species. Females reach sexual maturity at age of 3. Throughout its life, which is about 7 years, she fertilizes only ones. Annually thereafter lay fertilized eggs. In the Black Sea the low water temperatures (about 5 ° C) during the winter prevent the propagation of the blue crab.

On the shores of North America the blue crab is very popular and it is especially prized for its white meat. Callinectes Sapidus presents ½ of the total catch of crab species in the Atlantic coast of the United States and in the Gulf of Mexico. 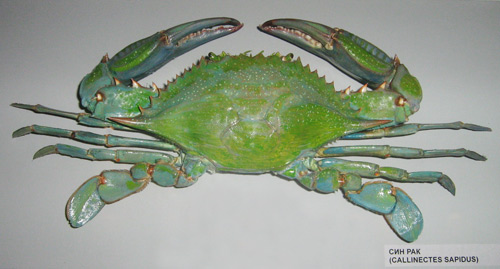 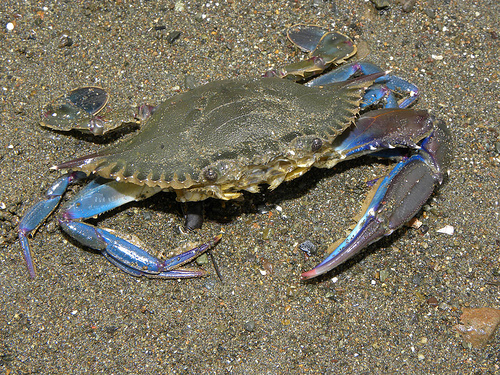 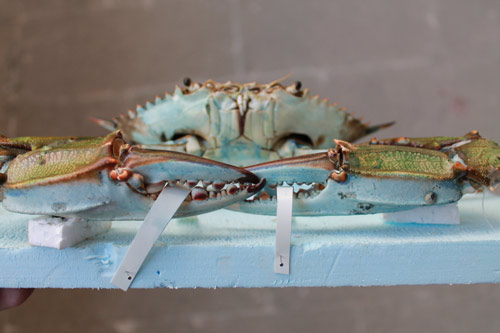 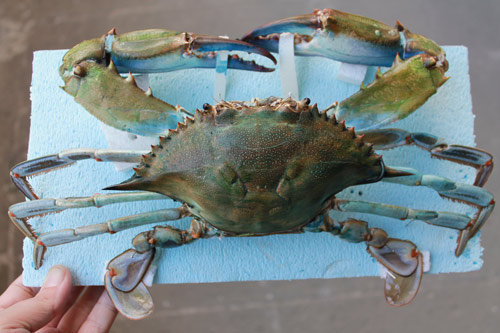 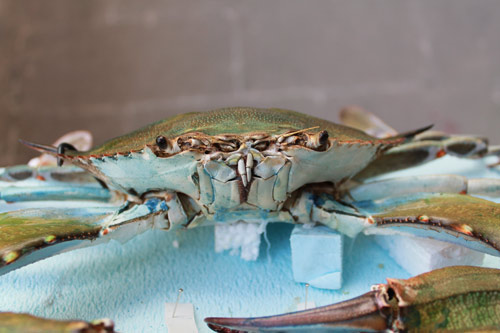 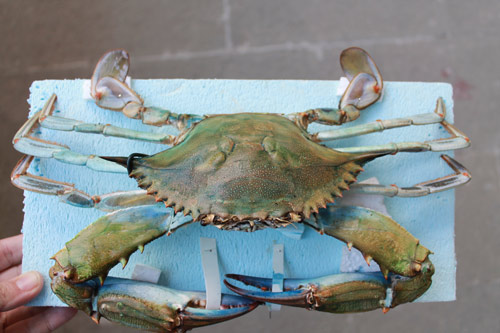