What is the martenitsa made of?
Martenitsas are made from cotton, silk or woolen thread.
In folk believes the wool is associated with the earth and fertility. Therefore it is used in the wedding rituals and in martenitsas - as a wish for health, long and happy life.
In olden times the wool for martenitsas was gathered in the pastures of flocks. It was believed that the sheep wool stuck in the bushes, took the power of nature, and shall protect from evil things and bring prosperity.

Why white-red thread?
The twisted white and red thread is present in many family and calendar rituals because of its power to protect. It is tied to the mother and newborn, it is sewed to the first infant shirt, or to the to child's blanket. With it people decorated the wedding flag and bunches, along white and red thread newlyweds moved into their home. On st. George's day a candle is wrapped to the horns of the sacrificial lamb with white and red yarn.

The colors of martenitsa in the different parts of Bulgaria and what is "SEDMOSHARITSA"
White-red martenitsa is spread throughout Bulgaria, but in some ethnographic areas, the martenitsas may appear in specific combinations of colors: only red - in northwestern Bulgaria, Sofia, Veliko Tarnovo and Shumen; red and blue - in Blagoevgrad; white and green - in Smolyan; red, white and purple - in Gabrovo and Stara Zagora; red-white-yellow - in Pernik; red-white-green - in Haskovo. There are combinations of all the colors of spring flowers. Martenitsa of seven colors is called "sedmosharitsa" (rainbow).

Elements of the martenitsas
The oldest martenitsas are made of twisted white and red threads. With the time additional elements were added to the the martenitsas - crosses, coins, beads, metal rings, garlic, shells of mussels and snails, bells and more. Today it is a work of applied art, but its binding component remains the red color with its protective properties.

Why choose the green martenitsa?
The green colour is a symbol of the nature and fertility. The greenery is connected with the spring awaking of the nature, with health, celebration and hope.
In the Bulgarian folklore the green colour is associated with the fairies called samodivi. Their belt had the colours of the rainbow but the most distinctive was the green, which "could be spotted the easiest".
Green is the Enyo's wreath, green is the garment on the head of the Peperuda, which is begging for rain...
The green colour in martenitsas shall bring you power and happiness. 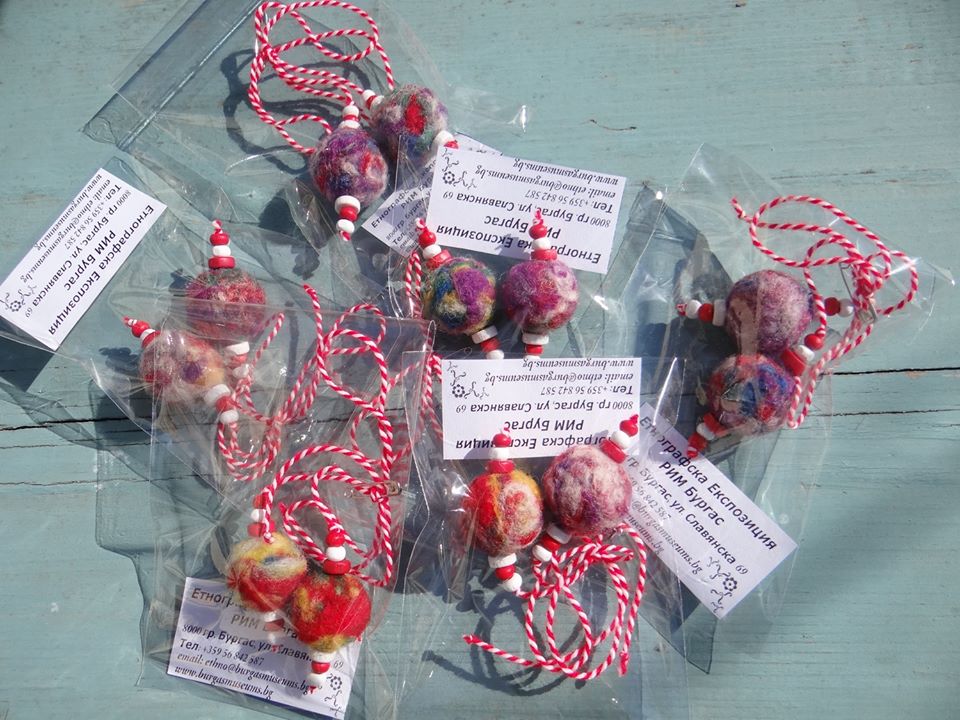 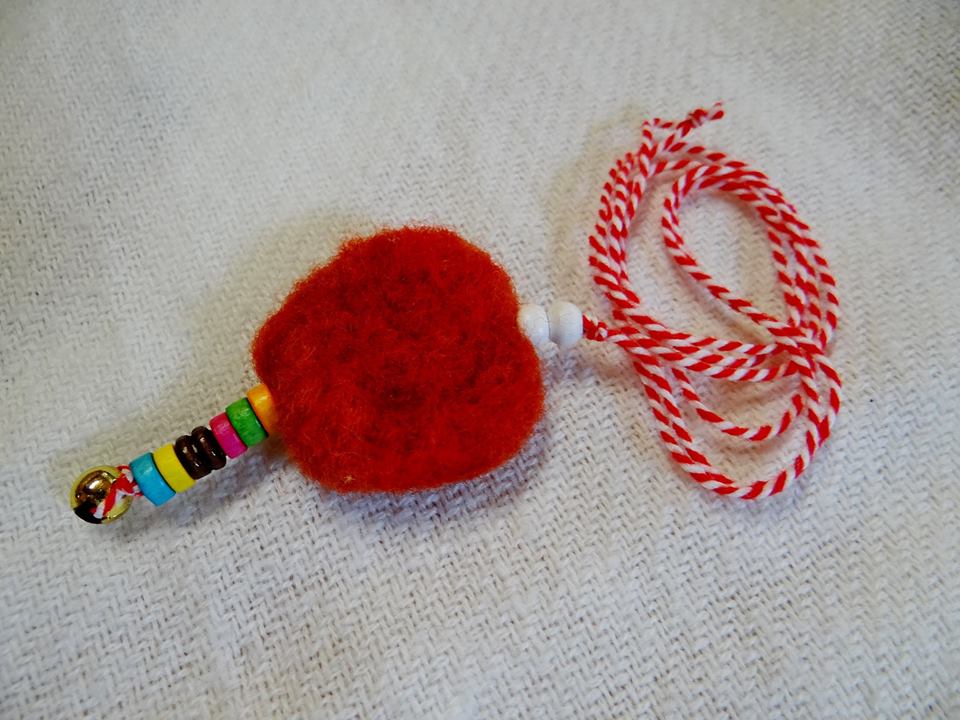 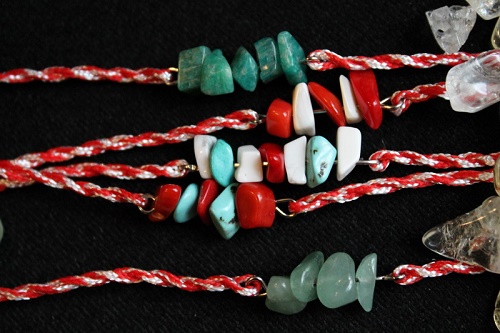 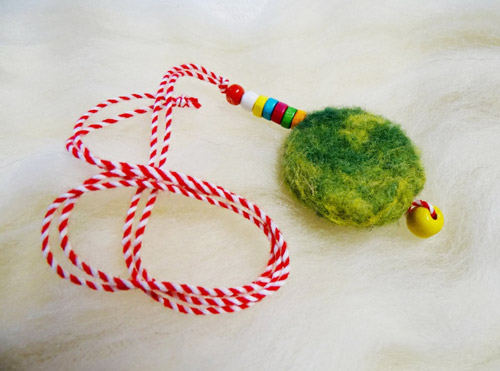 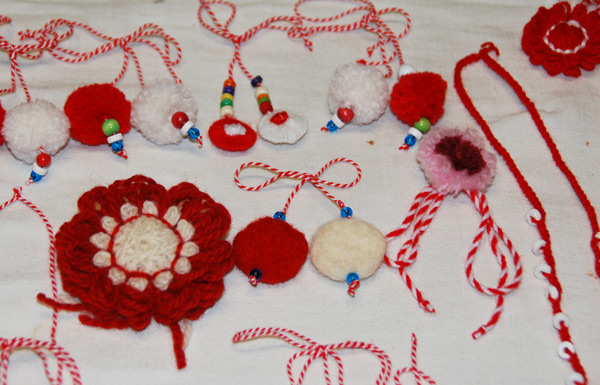 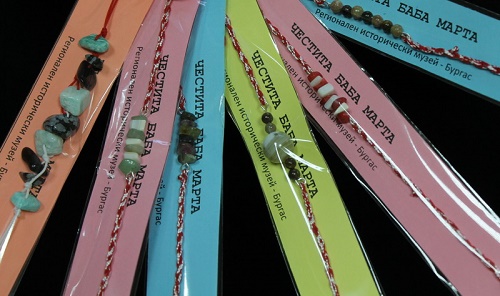 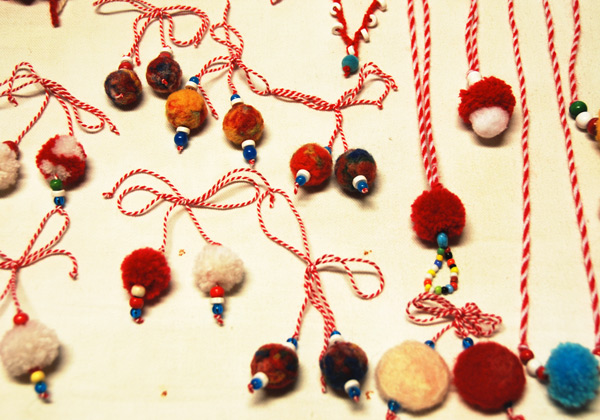 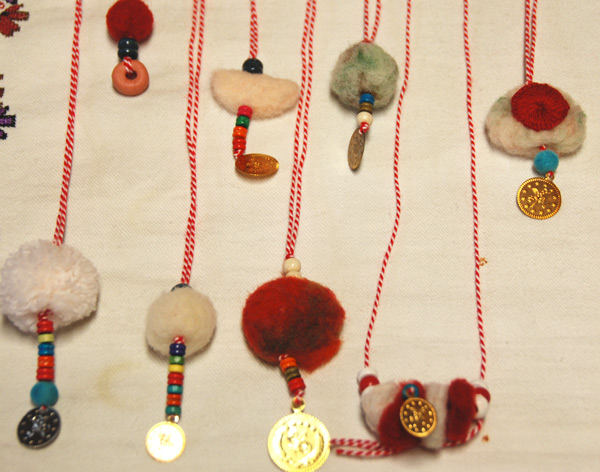 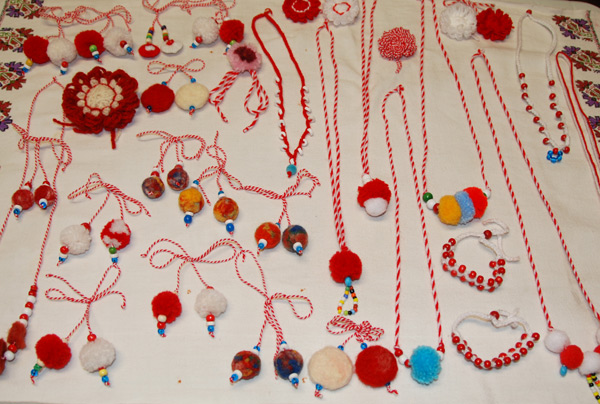 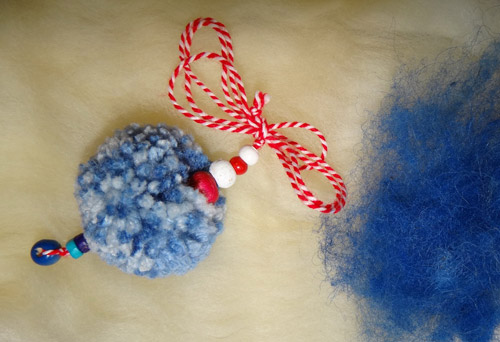 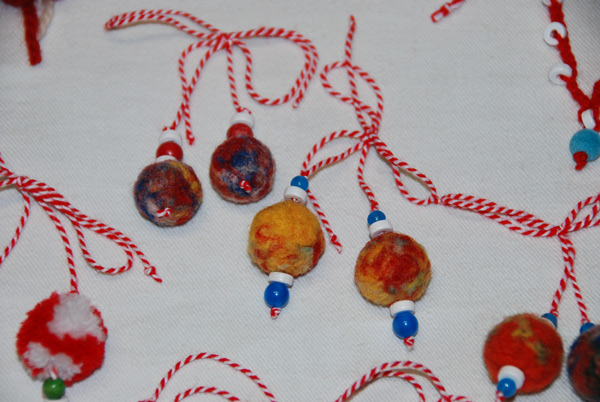 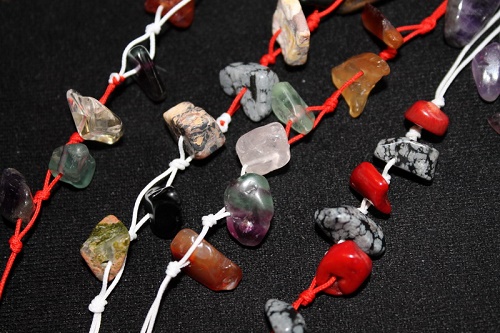