Dimitrovden - Day of the builder

With the beginning of the Dimitar's month (October) the cycle of winter holidays begin once again. The most celebrated is of course Dimitrovden (26.10.) or Mitrovden as this namesday is called in Strandzha region. On Dimitrovden, landlords bargained rattan, shepherds and other servants to work for them until St. George Day (Gergiovden). This is the period when farmers were able to pay attention to their own homes or to help sort the houses of their relatives. From here in the minds of people this feast has been associated with the builders. Let's look further into Bulgarians rural and urban house from the Burgas region.

Up to the early 18th century the rural house in Strandzha Region is a ground, single or two sectioned living space with one hearth. A type house with two sections is widespread until the mid 19th century. Not uncommon remain cases of cohabitation between people and house animals. This peculiarity is dropped when housing starts to rise above the stone ground, which acts as a separate barn. In the middle of the 19th century began to develop a type of two-story houses. The basic type Strandzhan house has many features: plank or block masonry walls placed directly on the ground or on a low stone plinth; a large fireplace (with oven) located on the wall near the door or in a corner; a special opening for lighting and removal of smoke set on the roof; the whole living area is concentrated in the room with fireplace. Symmetrical, usually low, unstable constructions with centrally located bedding space appear in the early 20th century. Information on the master-builder's name and origin is usually missing. This topic is summarized in one or two sentences that master-builders came by in early spring or late autumn from the region of Tryavna and Dryanovo. (Image 1, 2, 3, 4)


<module="photo" id="1180" maxwidth="480" maxheight="400">
Meanwhile in Burgas architecture is influenced by the Russian style Modern, a Mediterranean version of Neo-Renaissance and Austrian Secession. Their influence can be seen on the facades that are decorated with secession mascarons, ribbons, flat pilasters, steel awnings, plastic ornaments - tinsel, tangles, shell, stone laces and others. In the interior the Neo-Classic Eclecticism is displayed in the decoration of walls, ceilings, windows and railings in mosaics and furniture. The construction of new residential buildings on one or two floors started in Burgas with the development of different crafts and sea trade. The first floor is usually designed to be used for stores, workshops, cafes or pubs. Before the Bulgarian Liberation, houses are one-storey with an outside sanitation fixture next to the residential building or as an adjacent to it. Inside are either symmetric with a common lounge leading to other rooms or asymmetrical consisted of big living room around which is situated the residential areas. Two storey houses from the period in most cases have a ground floor meant for a shop, which is higher than the residential floor. After the Liberation changes occur in the architectural appearance of the buildings. Burgas bourgeois desperately seek to show their social status, self-confidence and economic strength. (Image 5, 6, 7, 8, 9, 10)

<module="photo" id="1171" maxwidth="480" maxheight="400">
Despite everything written some things haven't changed to this day ... these are the ritual practices associated with the construction and occupation of a new home. Old people believed that there are good and bad places for construction of a house. When choosing a place they use "pryasluh", secretly overhearing what the first passing by stranger would speak. The groundbreaking is always done by the master-builder on an "easy day" - Monday or Wednesday, at the east side of the foundation. Once the place is dug out, the first corner stone is set and a female animal is sacrificed to bring fertility into the new house. When builders get to the roof part, the beams are placed along with a "pop" (wooden cross, on which is fastened a green bunch). Master-builder then climbed on top of it and from there started to "shout". The first gift, a shirt, he receives from the owner of the house. In Strandzha region there is also a belief on embedding human shadow in to the foundation of the house. The cycle of rituals and ceremonies ends with the consecration of the new home. The owner offers a male animal for sacrifice (kurban), which is consecrated by the priest and invites friends, family and masters. While eating the festive "kurban" all the doors in the house should stay open.

The belief that the first going through the door of a new home should be with filled hands so the house stays full, has been preserved to present day! 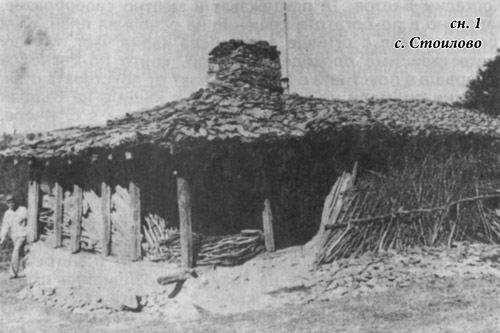 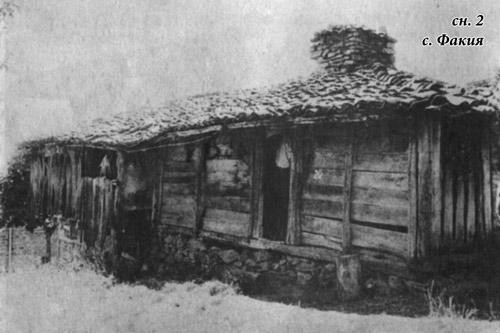 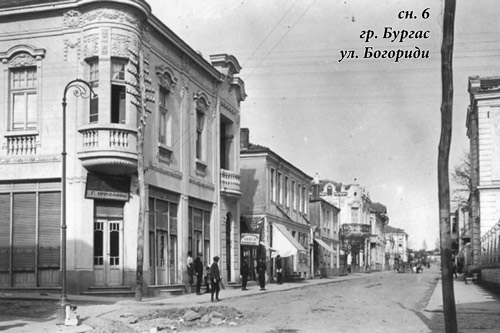 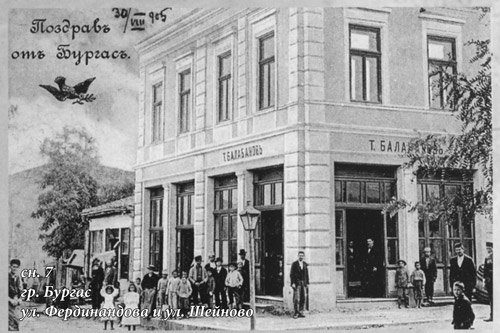 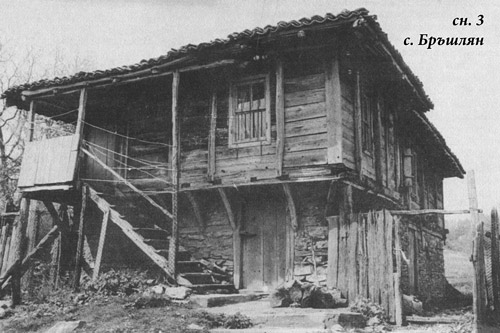 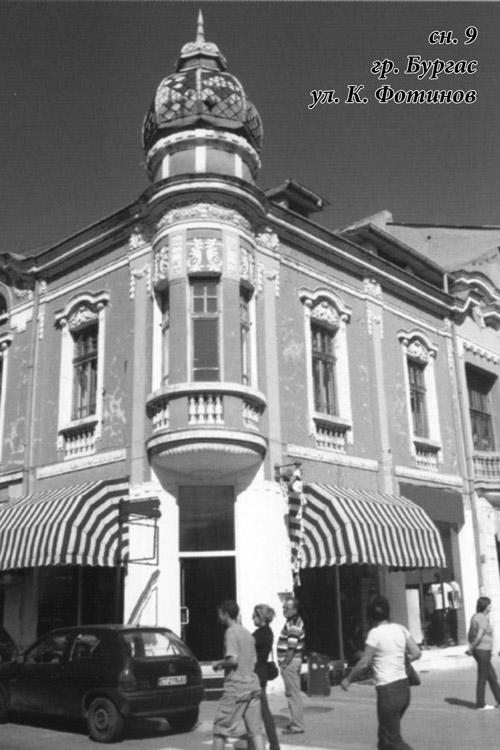 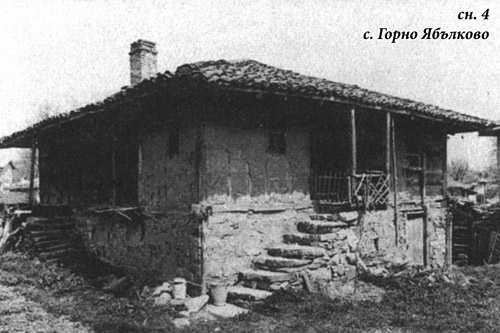 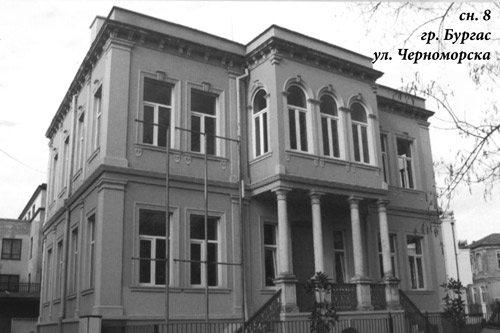 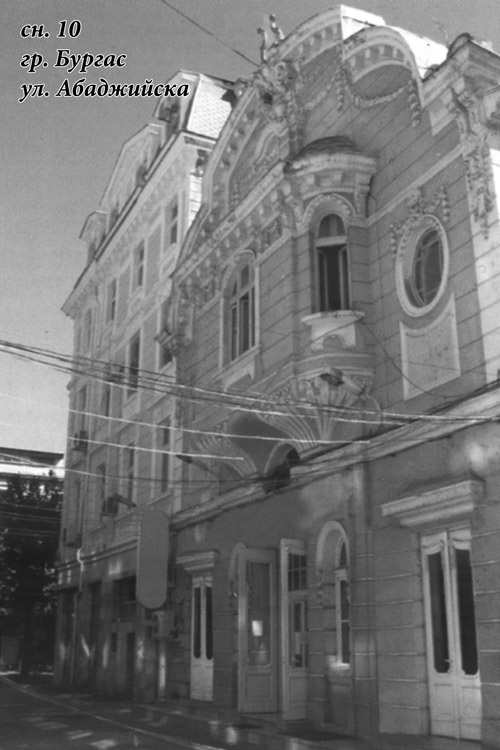 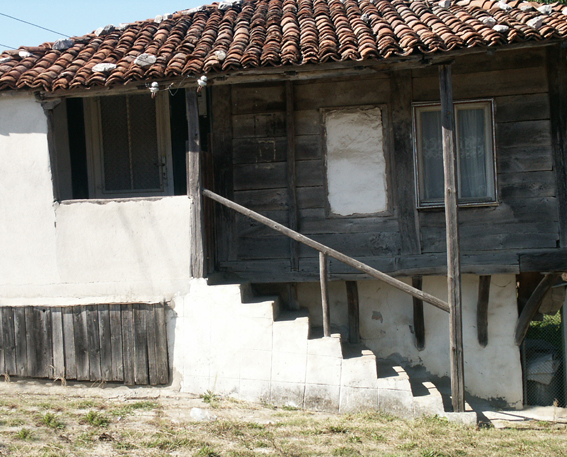