London planetree (Platanus orientalis var. Acerifolia) is also known by the name hybrid plane (Platanus hybrida). The species appears as accidental or deliberate cross between western sycamore (Platanus occidentalis) and the eastern plane tree (Platanus orientalis) for the first time in England.
The London planetree is a large deciduous tree reaching up to 40 m in height. The crown is very wide, arched and irregular. The trunk is usually straight, very thick, can be traced only to the first fork, then divides into several very massive branches. The bark of the trunk of planetrees peels easily on flat pieces of different size and irregular shape, which gives the trees colourful, scaly appearance. If the bark is very old, it is not white and crack.
<module="photo" id="2053" maxwidth="810" maxheight="800" watermark="/uploads/old/watermark.png">
The leaves are alternately arranged, almost as broad as they are long, digitate, divided into 5 parts that are cut shallower than those of the eastern plane. The parts are large, with jagged edges. During the autumn, on the long handles can be seen the fruits - globular formations (marbles). They are composed of small seeds, equipped with long hairs to allow its distribution by wind.
Over time the London planetree gained popularity as an ornamental tree in parks and along the streets in Europe. In the wild, this species does not occur. It is cultivated in Europe and North America. It is superior in cold resistance and fast growth to the two parent species - eastern and western sycamores.
London planetree belongs to the family Plane (Platanaceae), which includes about 10 species of large trees, reaching 30-50 m in height. Platanus kerrii is the only evergreen species, other members of the family change their leaves. 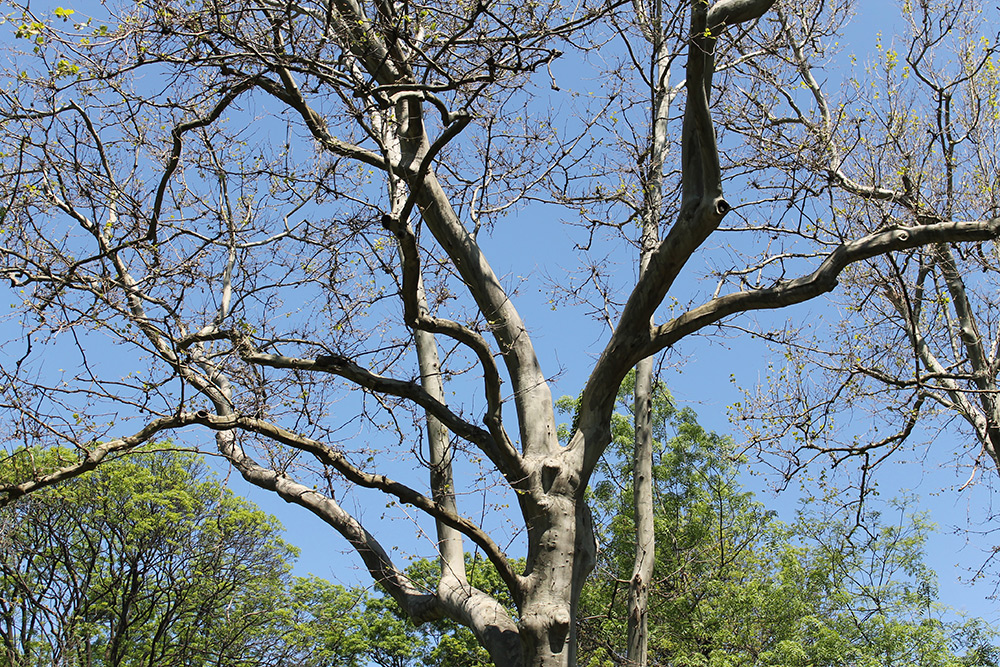 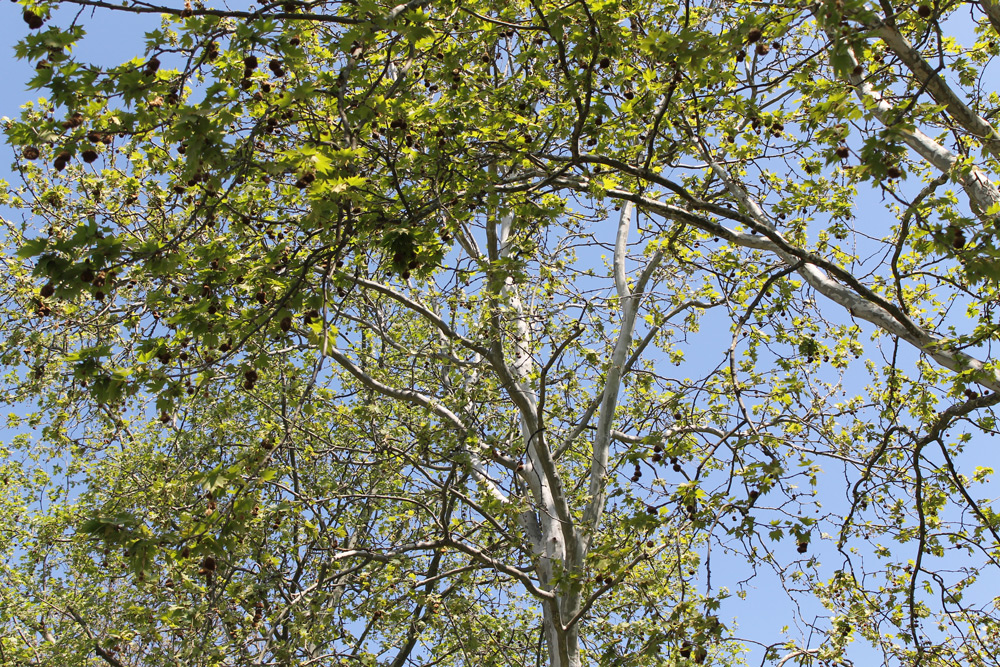 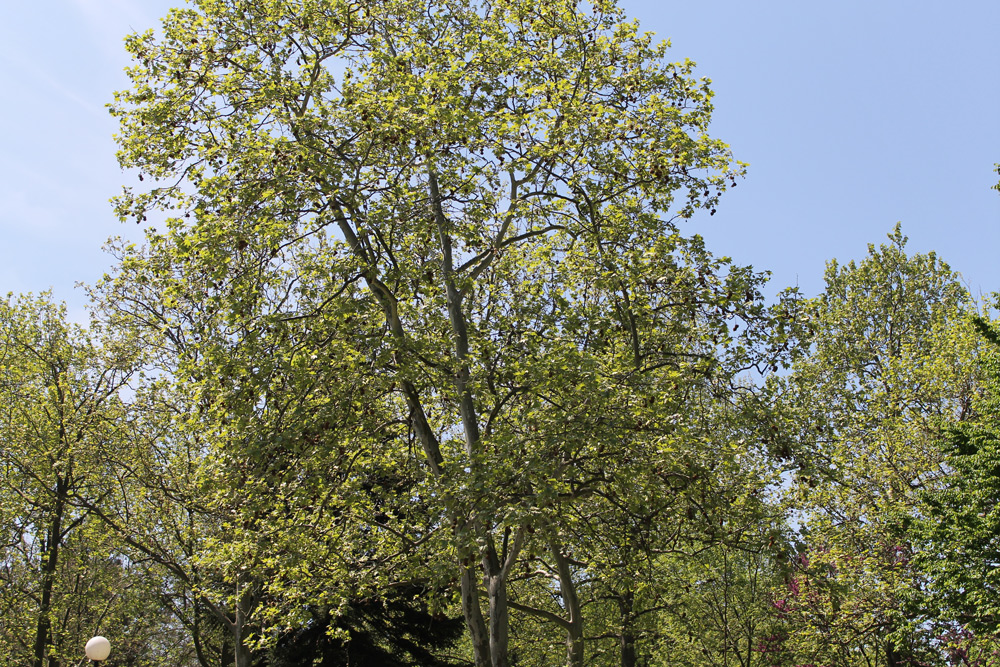 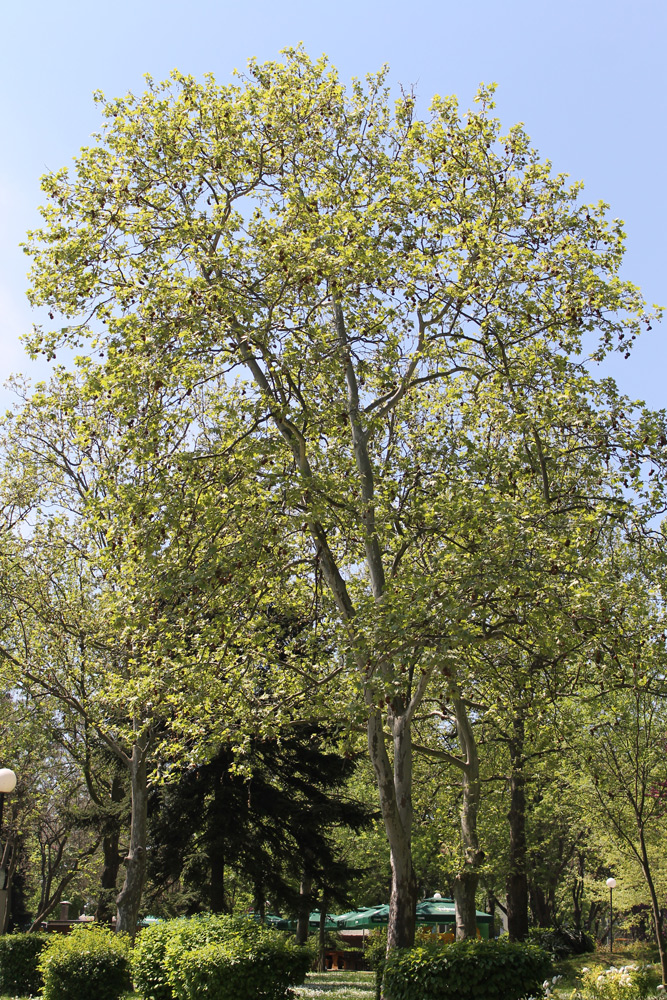 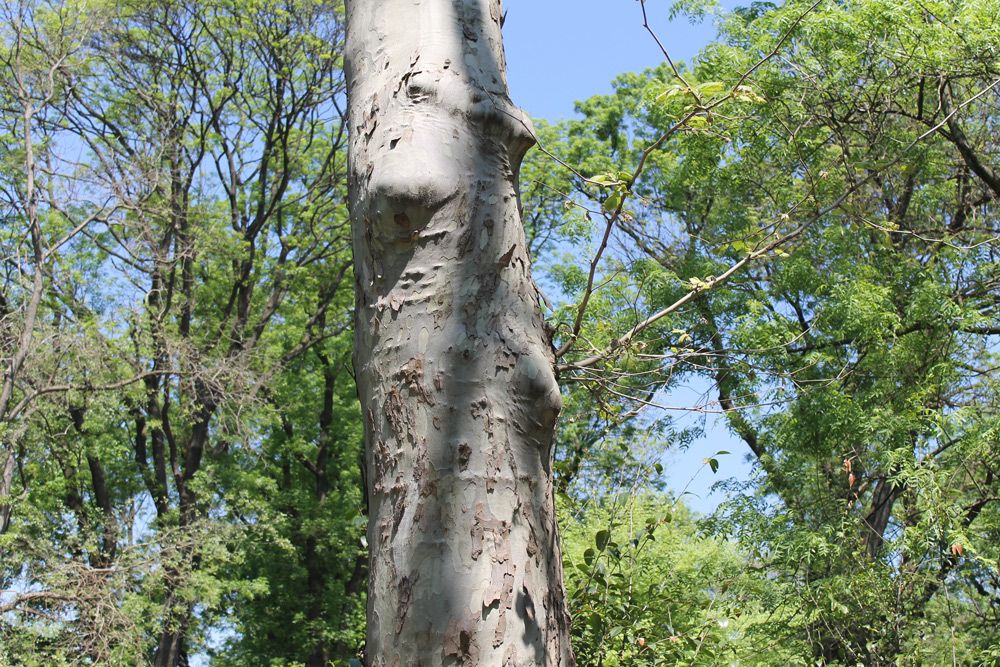 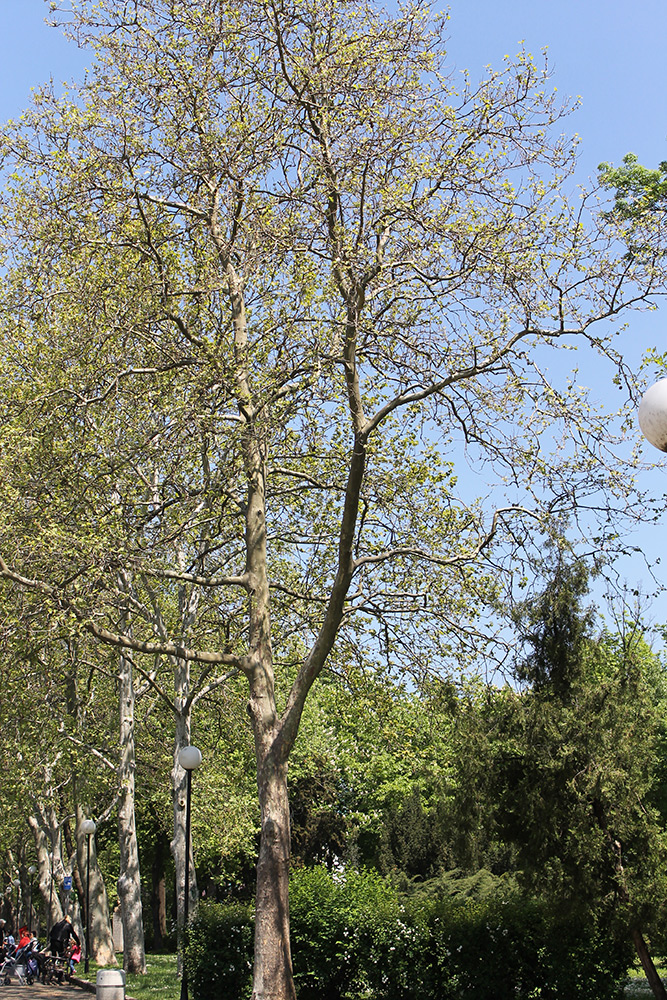 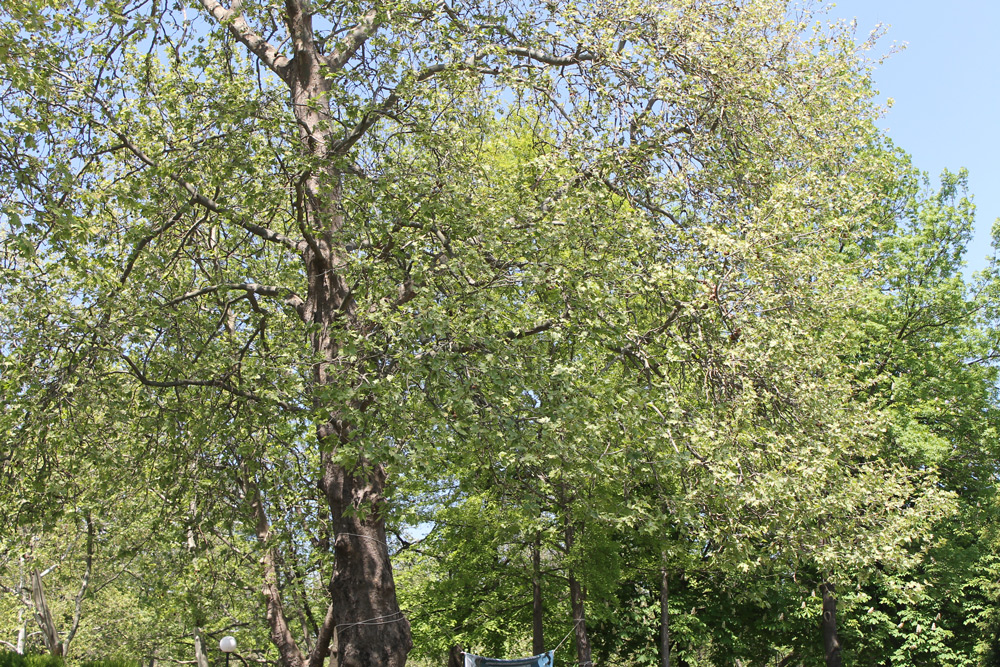