<module="photo" id="1917" maxwidth="480" maxheight="300">
The maritime pine (Pinus pinaster) is a coniferous tree of medium size, reaching 20-35 m in height. The young trees form conical light green crown, which in older trees is expanding strongly. The stem is covered with thick grey-reddish-brown bark that cracks deep. Its leaves (needles) are narrow, but with great length - 25 cm, often twisted, shiny green and remain on the branches usually for three years. The maritime pine is characterized by the longest and most robust needles among all European species of pines. The cones are wide egg-shaped, 10-15 cm long and 5-8 cm wide. Prior to maturity the cones are green, while its maturing turn to a glossy red-brown color.

This species occurs naturally in the Mediterranean area (from Algeria to Portugal and Greece) and is widely spread along the coast of southwest France. In the mountains of Corsica climbs to 1000 meters above sea level, and in Spain - up to 1300 m asl

The maritime pine belongs to the thermophilic and attached to the maritime climate pine species, where it derived its name. It grows well at moderate and relatively higher temperature. Temperatures below -18C are already disastrous for it. In cold winters the tree suffered from frostbite even in its natural habitat. The maritime pine requires high and constant humidity. Under these conditions the species best develops in coastal sandy soil or in the dunes, where ground moisture promotes proper development. Besides sands it grows well on silicate soils but does not tolerate lime in the soil.

The species is a popular decorative tree and often is used in parks and gardens with warm temperate climate. In Bulgaria the maritime pine tree is used for single and group planting in parks mostly along the Black Sea coast. 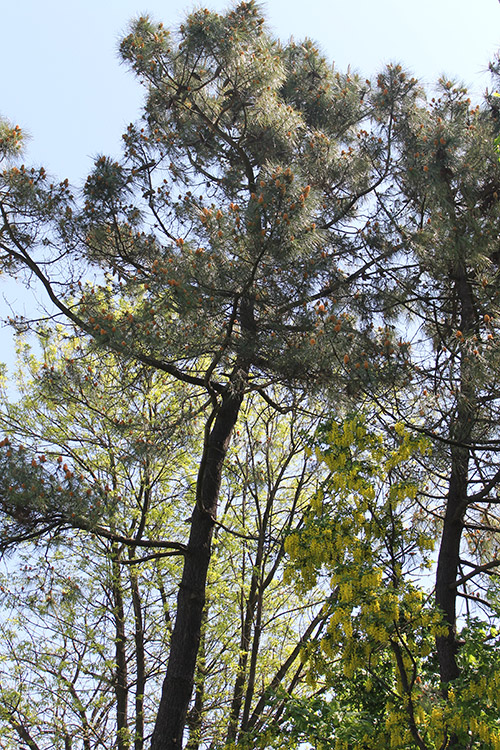 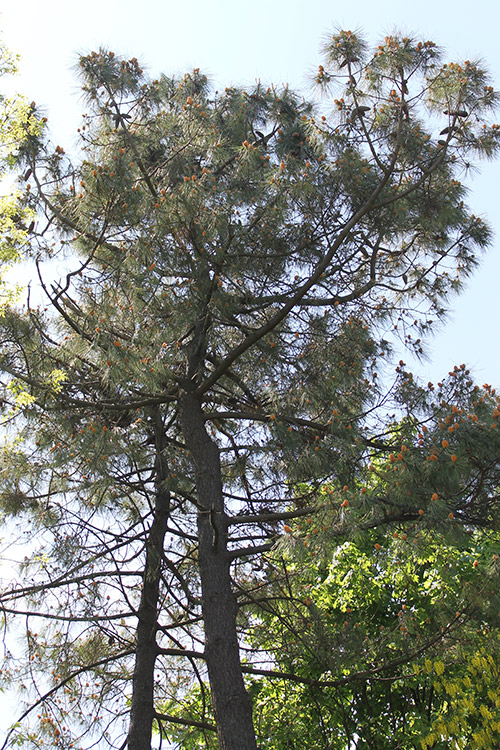 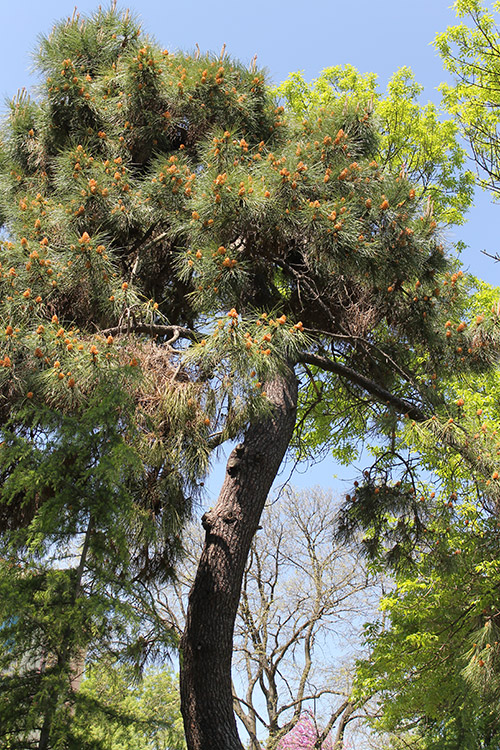