The first day of March, in the traditional Bulgarian conception of the world, Baba Marta (en:Granny March) is the only female personification among the months of the year. She is most often given meaning of an old woman with very moody character. Lest make her angry, hostesses throw red clothes – a girdle or an apron, red wool and yarn on the fence, or on some tree, “to welcome Granny March with red”. Then she is smiling and friendly. For the same purpose, on that day, the folk tradition forbids old women to go out of home. According to the belief, if Granny March meets on her way old women like her, she will become very angry. She wants to see on that day only girls and young brides.
The ritual adorning of animals, people and houses with martenitsas is also connected with the coming of Grandma March on 1 March. Martenitsa is an adornment – amulet, consisting of twisted white and red woolen thread, which, according to folk belief protects people from the evil eye and demonic beings. Martenitsas are made by an old or ritually cleanly woman on the eve of the holiday, as it is required that she hasn’t touched fire, otherwise, the martenitsa loses its magic power.

The traditional martenitsa, besides the compulsory red and white twisted thread, has also other elements – coins, metal rings, cloves of dry garlic, beads, snails, mussels etc. Martenitsas are tied on children’s wrists, they are placed as a necklace around girls’ necks. These amulets are also tied on fruit trees in the garden and on new-born domestic animals. They are worn till the appearance of the first storks and swallows, or till the first calling of cuckoo. Then they are tied on a tree, or put under a stone.
The wide use of martenitsas throughout the Bulgarian ethnic territory is explained with the magic power of the red colour, which has the ability to chase away evil spirits and diseases. The red woolen thread is the most widespread apotropaic symbol in Bulgarian folk culture. Yet, white colour is a symbol of long life.


<module="photo" id="350" maxwidth="480" maxheight="400">
Making and wearing of martenitsas as an original adornment – amulet for health is a purely Bulgarian custom, widespread throughout the ethnic territory. It is relevant to the history and to the formation of the Bulgarian State, for which beginning there are several legends. 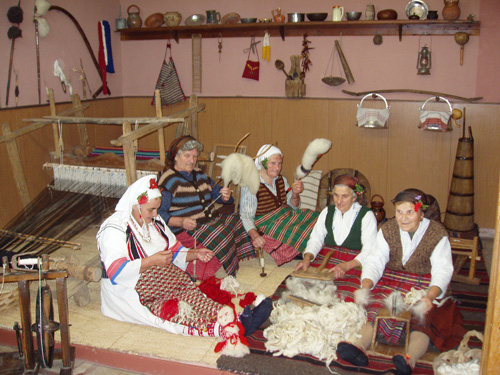 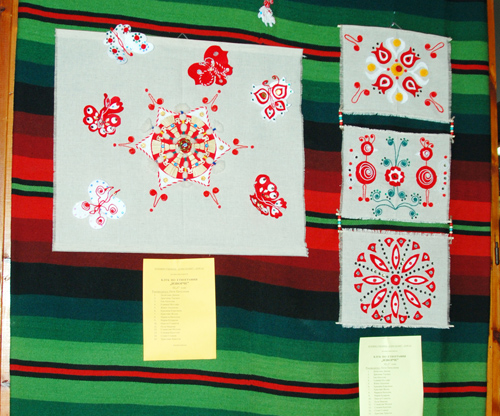 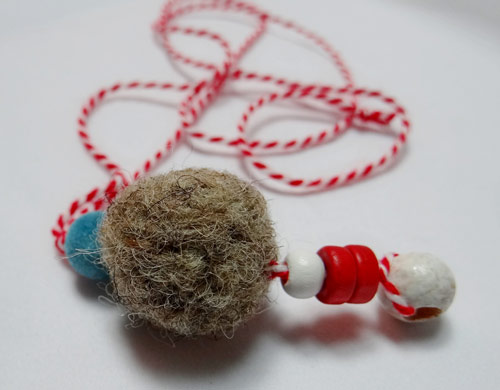 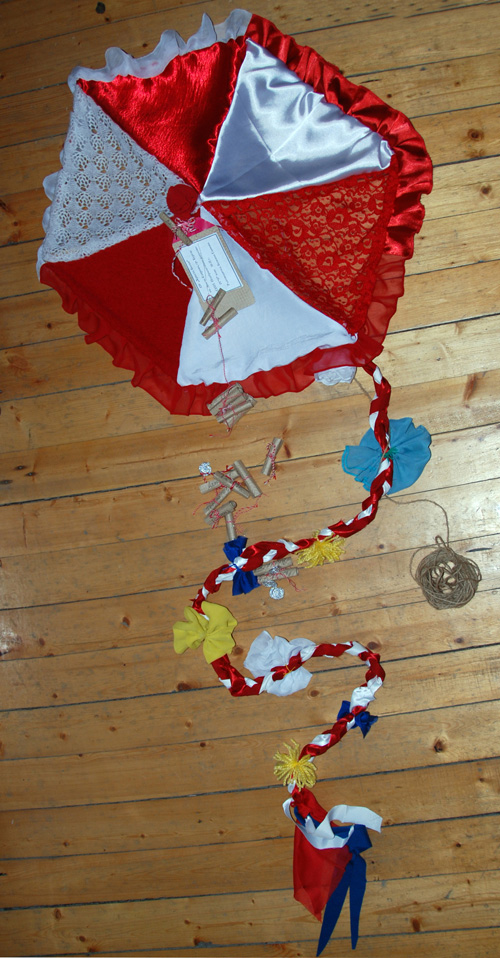 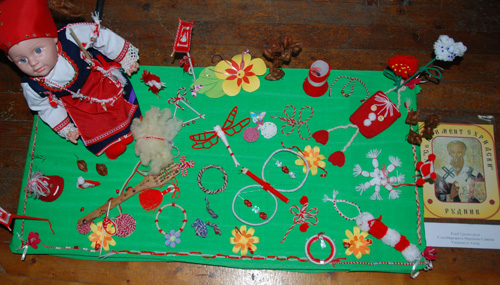 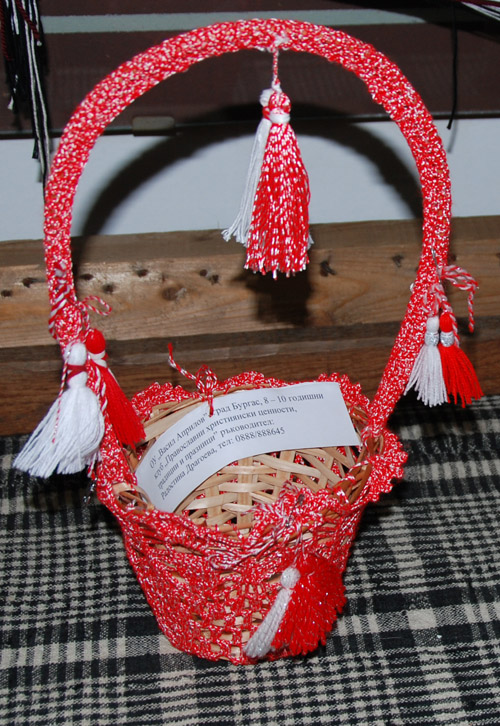 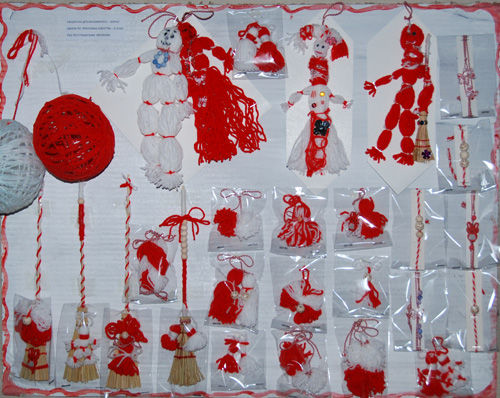 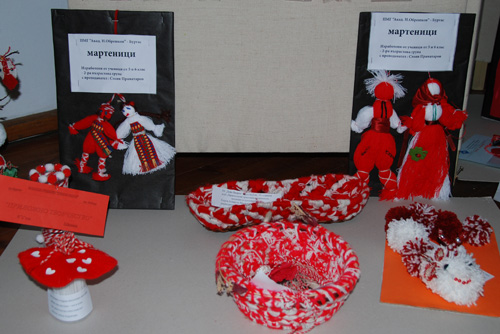 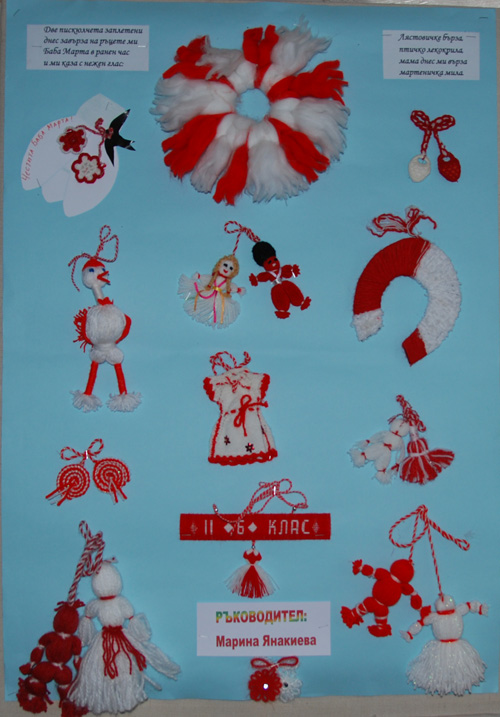 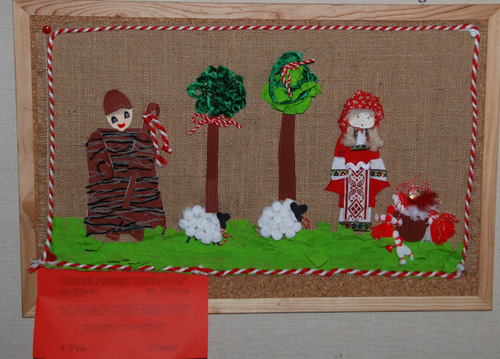 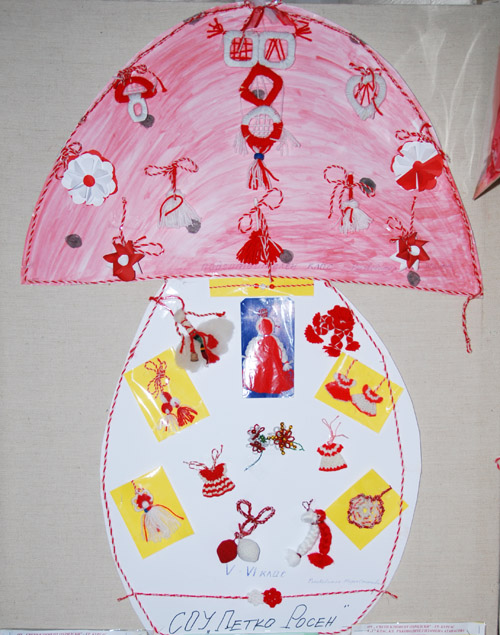 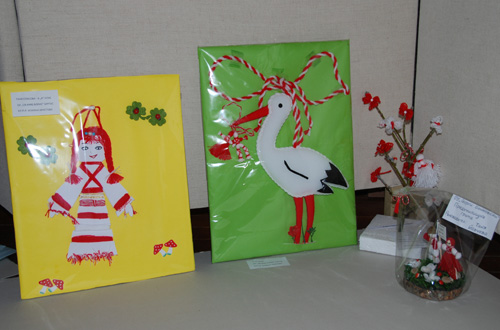 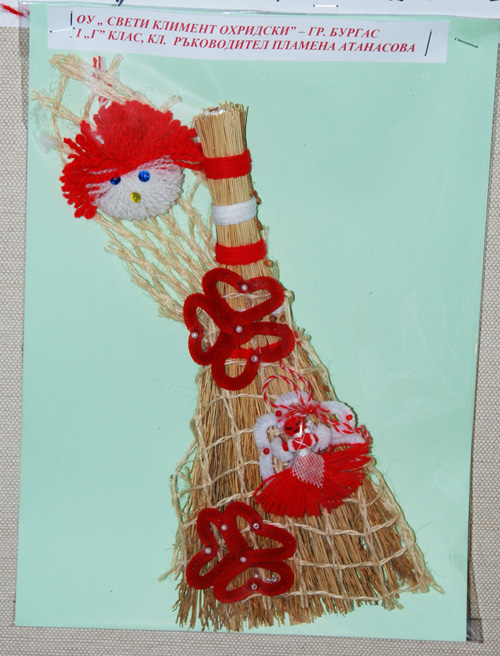 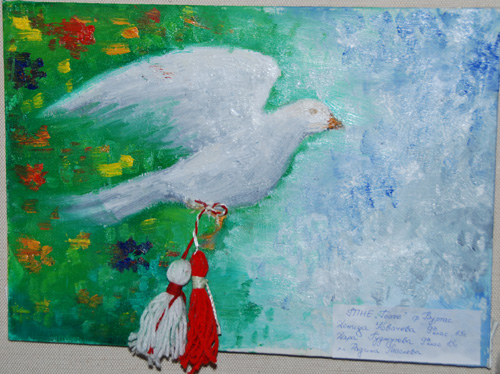 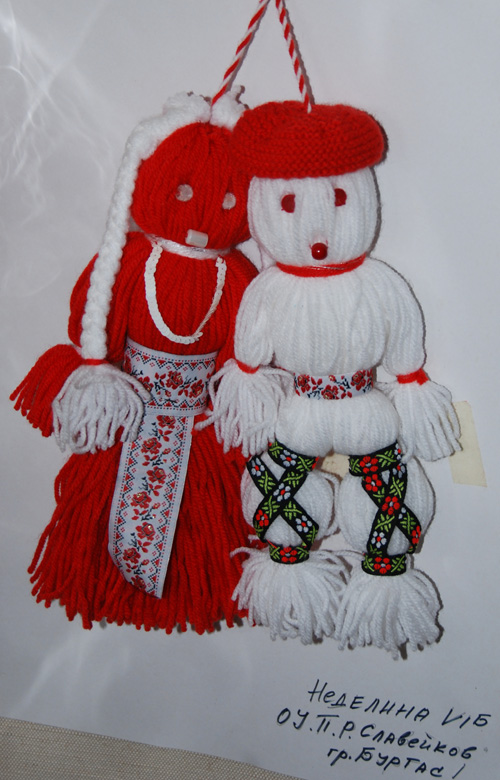 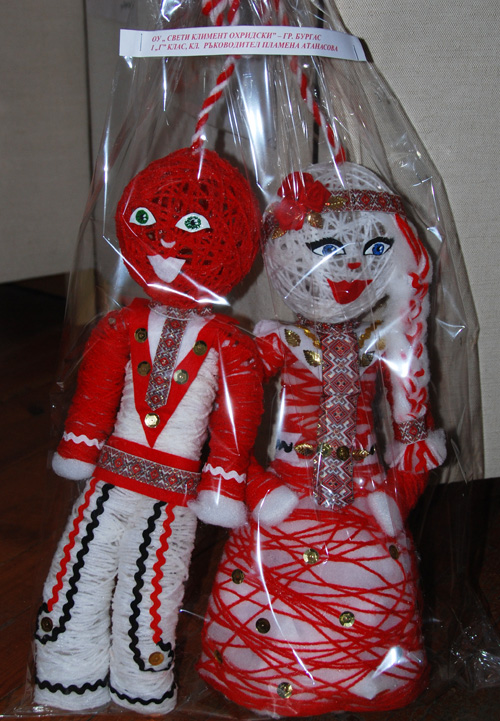 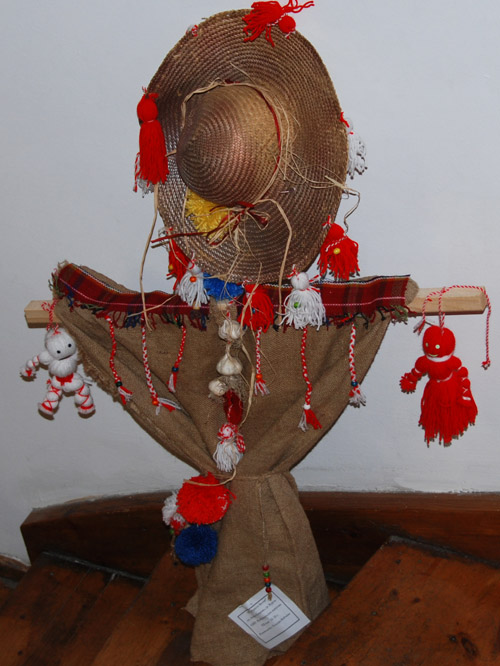 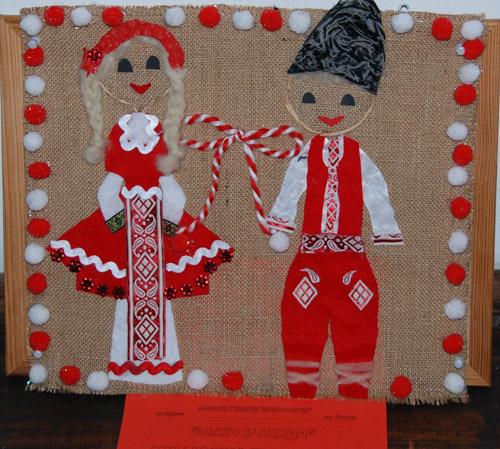 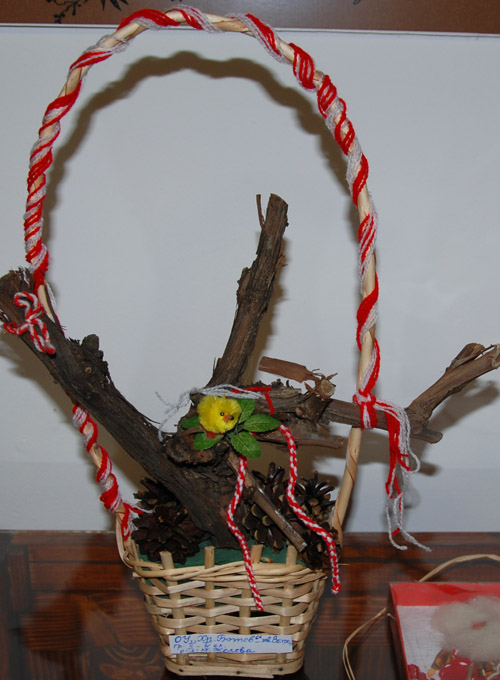 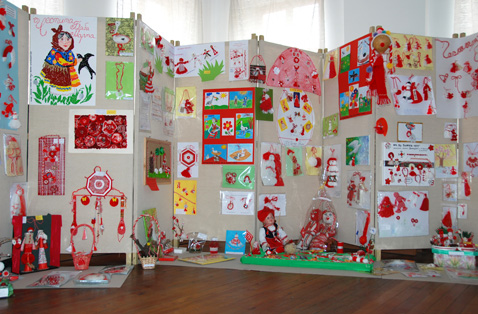 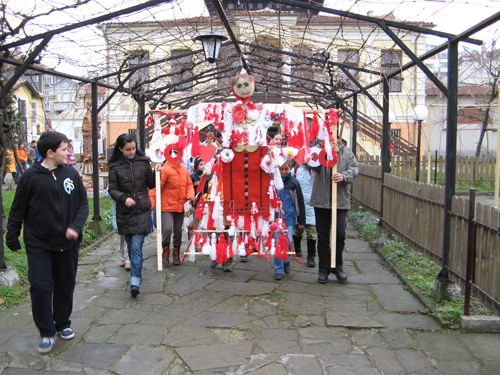 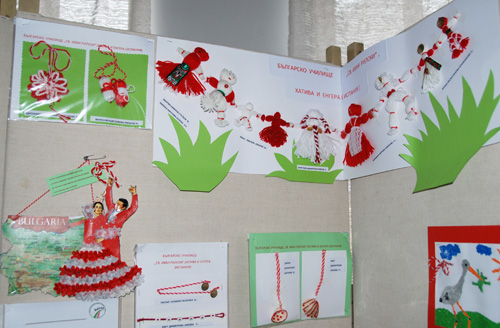 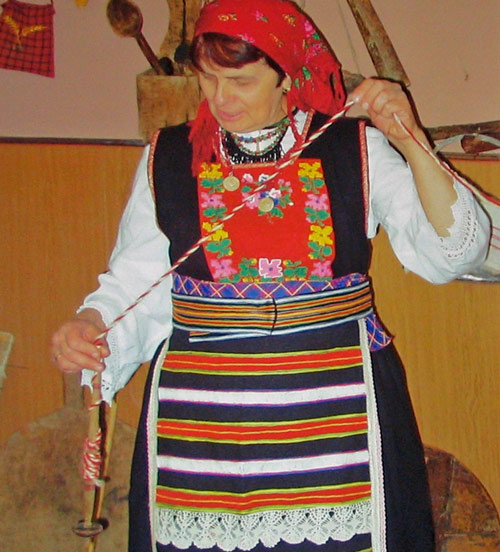 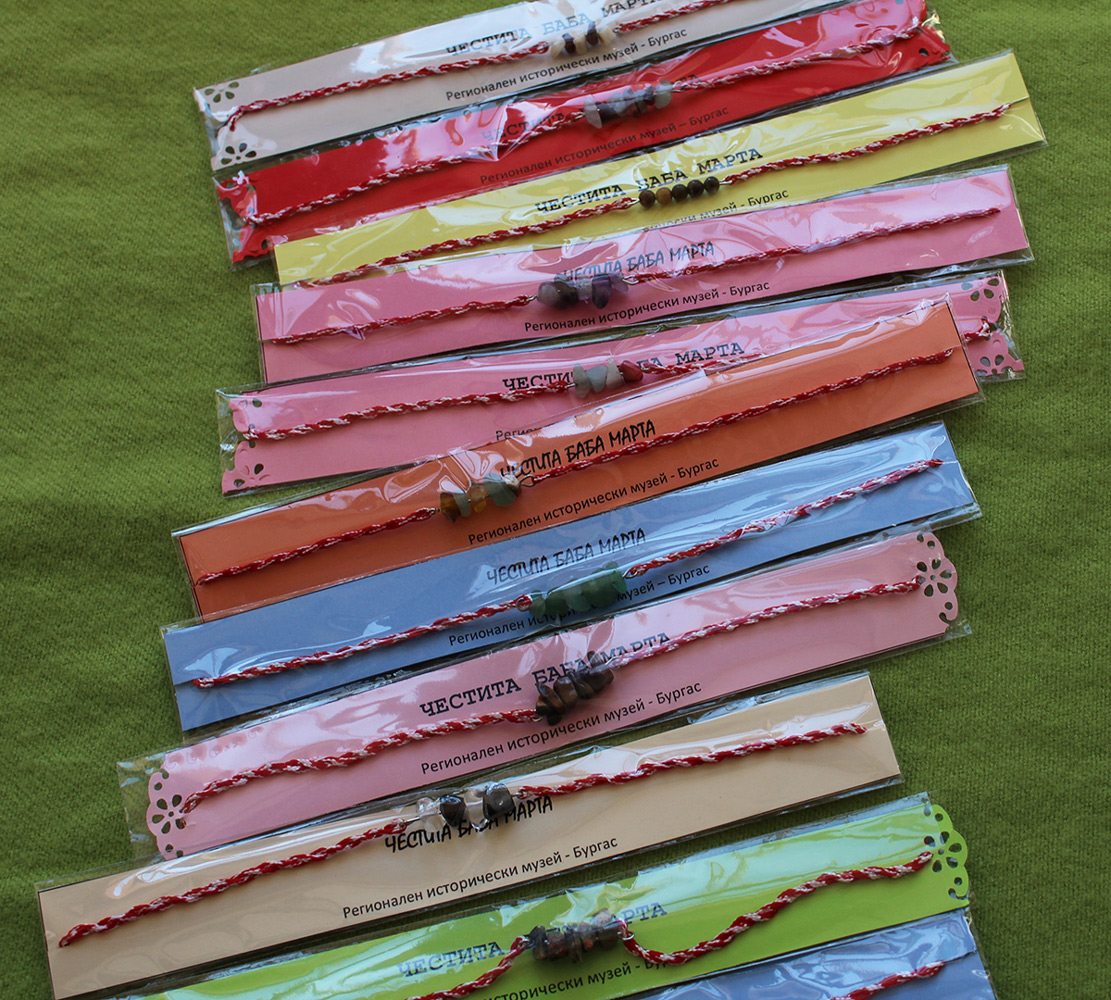 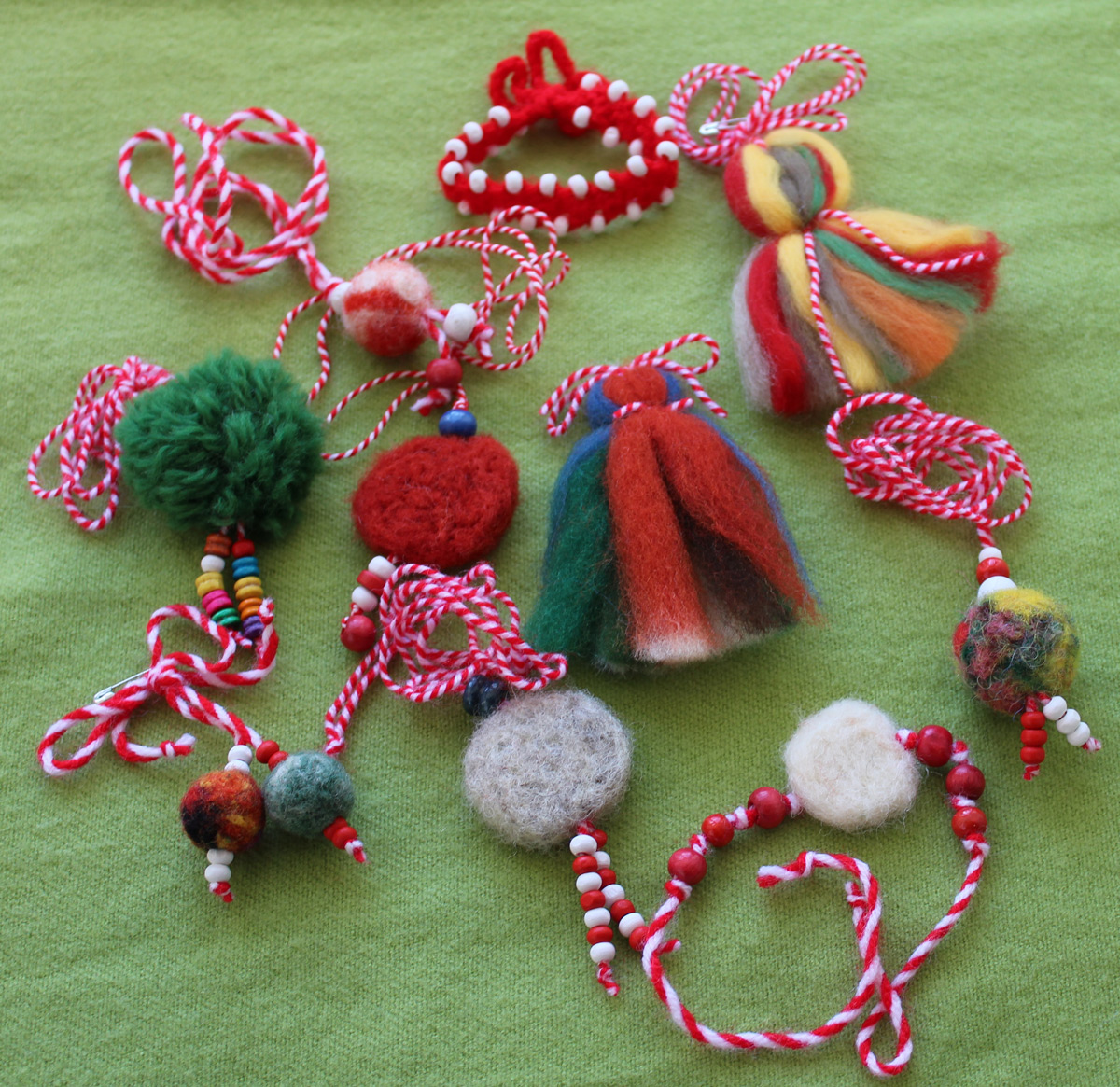