<module="photo" id="1487" maxwidth="250" maxheight="250">
In early spring or by warmer winters already in December, an interesting fungus is growing in the foliage and fallen dead wood. Its fruit bodies are initially cumulus. Gradually they open and become cup- or plate-shaped like a pinna. This is the origin of the popular names for the fungus in Bulgarian – Kerino uho (en: Kerry ear). its first appearance in the scientific literature in 1774, described by the Italian naturalist Giovanni Skopoli. Genus Sarcoscypha includes several species, which are difficult to distinguish from one another with a microscope.

The fruit bodies of scarlet elf cup are small up to 5 cm in diameter. The lower part narrows in a short stalk. The upper surface is smooth, bright red fading to orange when dry. This is sporran layer of the fungus. The bottom surface is creamy coloured and densely covered with fine hairs. This is one of the few species of fungi that produce sounds when their spores are dispersed.

Although it is an edible mushroom, scarlet elf cup has no commercial importance, as it rarely occurs in large quantities. In Bulgaria it is widespread, but only in the deciduous forests. Sarcoscypha coccinea is a representative of the marsupials mushrooms. They are the largest group of fungi and include both microscopic specimens such as yeasts and species of various shapes and sizes. The most famous representatives of the marsupials fungi are the truffles, know as the most expensive gourmet mushrooms. 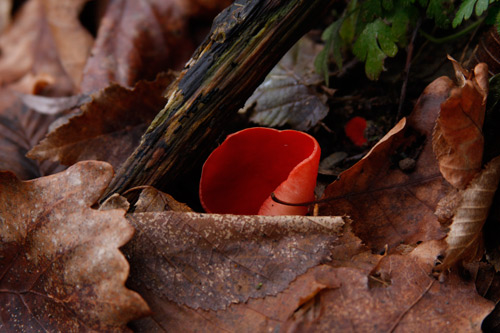 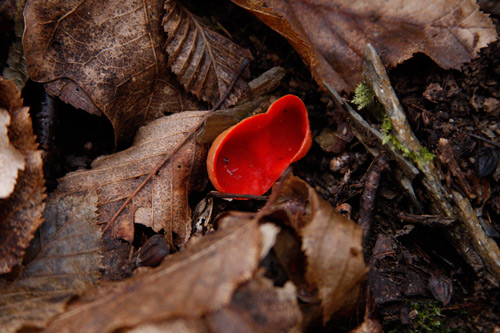 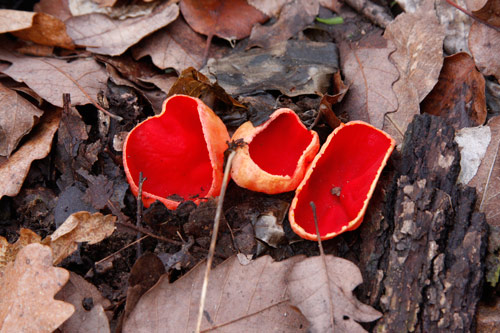 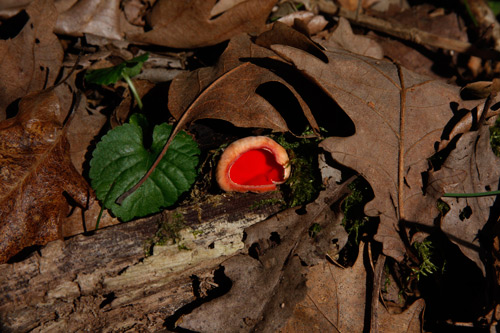 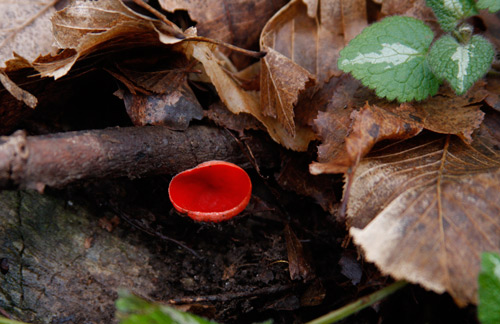 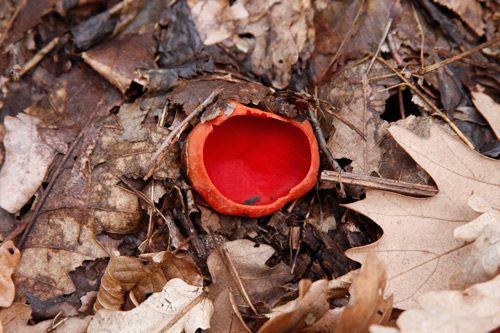 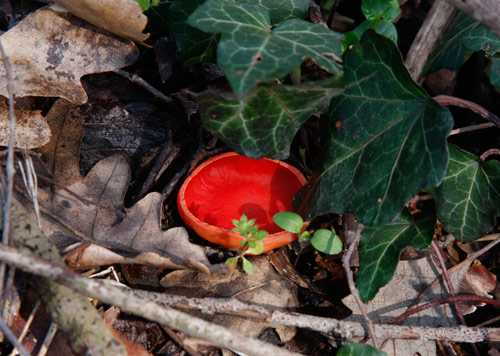 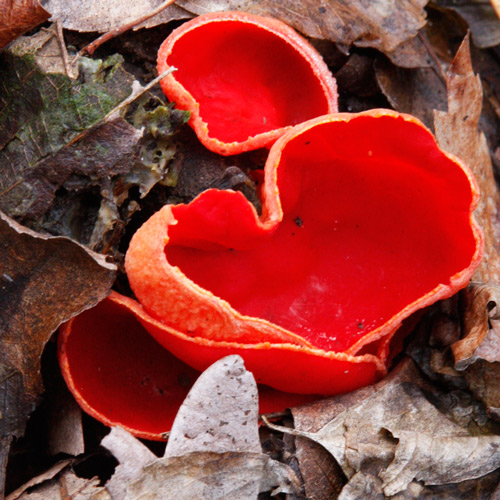 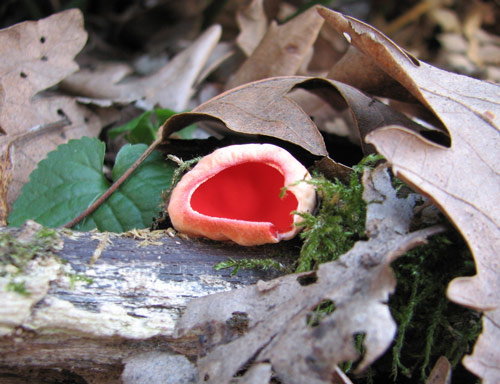 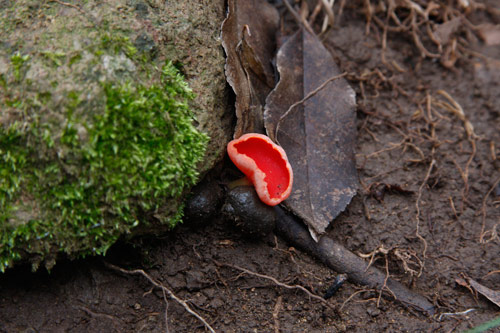 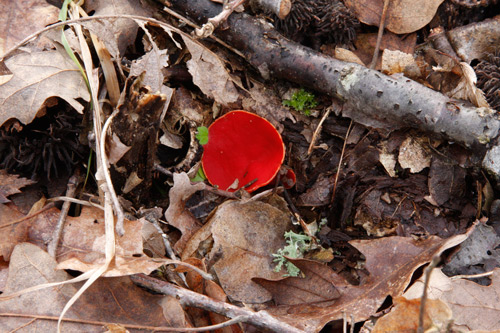