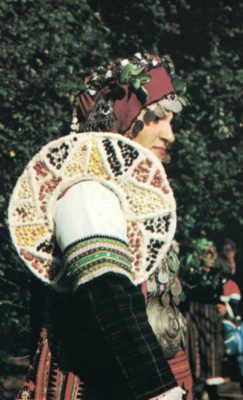 In the traditional Bulgarian wedding, the moments around which the most and various actions are concentrated are the sifting of the flour, the so-called "zasylki" or "zasevki" and the kneading of the wedding breads.
Bread should be yeast or yeast bread. The ritual of "exchange of yeast" is well known. In the boy's house they knead with yeast brought from the bride's house, in the bride's house they knead with yeast brought from the bridegroom or taken from three women whose first men are alive. This is a kind of "yeasting" of the wedding. The girls and boys who will sift and knead the wedding breads are specified, as well as the songwriters who will sing not only at "zasevki", but also during the whole wedding. There is a great variety of ritual breads, which are prepared in the related homes. In the groom's home, a painted cake – kolak, is first made. Before baking, it is decorated with a silver engagement ring. After that kolak is decorated with basil and martenitsa. During the ritual shaving of the bridegroom, such a cake is placed in front of him, then removed and kept for after the wedding. Then the young girls gather to play around the bridegroom and share that cake which is placed infront of bridegroom. A similar cake (kolak) is prepared and for best man. One of the cakes (kolak), is kneaded again in the groom's home and it is for the newlyweds. It is without decoration and has a large hole in the middle. In it, the newlyweds put one hand after leaving the church and walk home. There is a ritual for preparing bread in both houses, the boy's house and in the bride's house – this bread is called Medenik (Honeymoon). The medenik is kneaded by young girls close relatives and friends to the newlyweds. Medenik is a round bread decorated on the surface with a fork or spindle, but most often with a silver engagement ring. When the medenik is baked, the bread is spread with honey, and that’s why his name is Honeymoon bread.
Around the Medenik there is a dance-horo(typical bulgarian folklore dance), led by the girl who kneaded it, she plays holding the medenik in her hands, and the others spin the dance around her. After the third tour, the girl holding it breaks it and give a slice of bread, first to the children, who live in the house, then to the girls.
Another ritual that is performed before the wedding is on Thursday - sowing or planting (zasevkite and zasylki). This ritual is is done in both houses - , the boy's house and in the bride's houses. Early in the morning, on the Thursday before sunrise, the girls in festive costumes go for fresh water. Then they take three sieves and three nоshvi (noshvi is called a wooden vessel designed for kneading dough, an integral part of the life and household of the Bulgarians in the past.) and take them to the groom's house. The flour is sifted three times. The first time is sifted through three sieves on three noshvi separately. In the second sifting, the flour is collected together in one noshvi to collect the fertility in one place. During the sifting ritual, the girls change the places of the sieves. After sifting in the bridegroom house, the same girls perform sifting in the bride house.

Grinding bulgur (barley) is another ritual - aims to help prepare meals for the wedding. Before the grinding begins, the women gather wheat from the three houses - bridegroom house, bride house and best mans house (best man and woman in Bulgaria are family which are very close relatives to bridegroom). Whit that wheat, taken from 3 houses womans start to grind wheat, which is called colored wheat. The chromels (hand mill from two stones) are placed on a colorful mesal (cotton towel to wrap the dough), laid on the floor in the middle of the room. Two girls start grinding. Sometimes a girl and a boy who like each other hold the handles of the chromel together.
During the grinding they sing. As soon as they finish grinding, the girls wash their hands with water, and after that they are helping boys to wash their hands too. After that there is a feast in which the main food is fried bulgur (barley). The bride should never enter the new home with empty-hands. That is why the mother-in-law welcomes her with bread, water and wine, which the bride has to take and bring home. 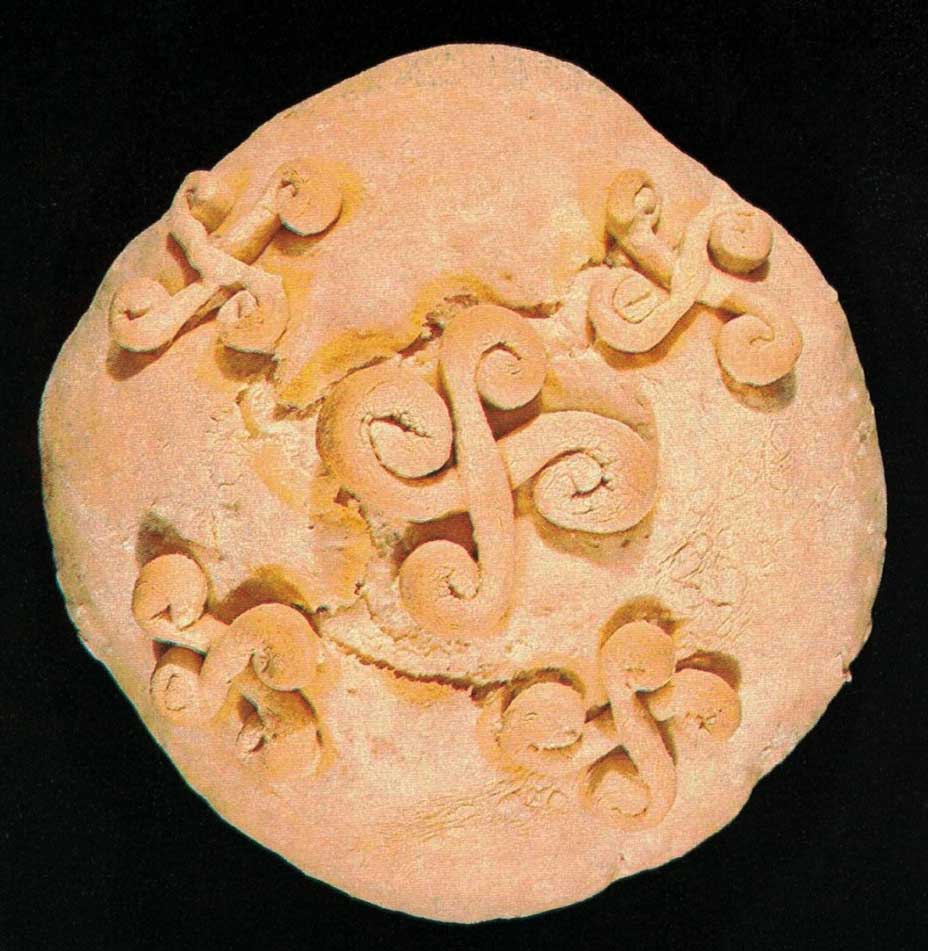 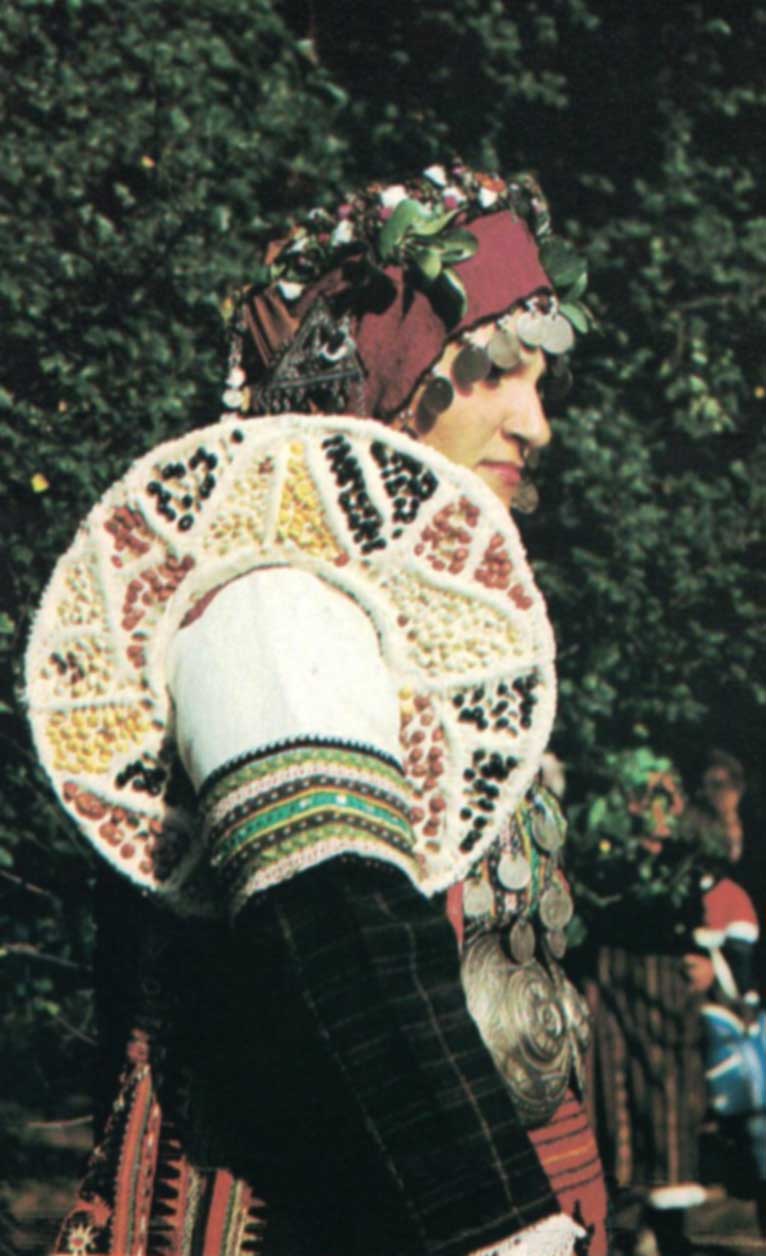 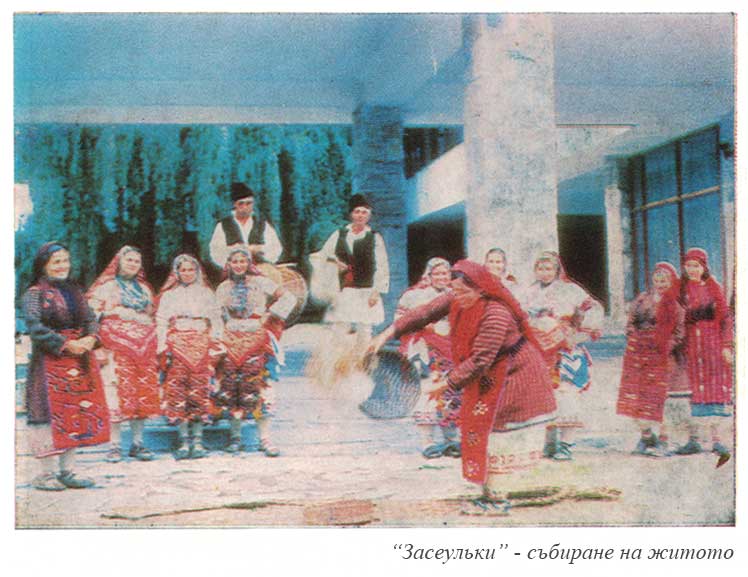 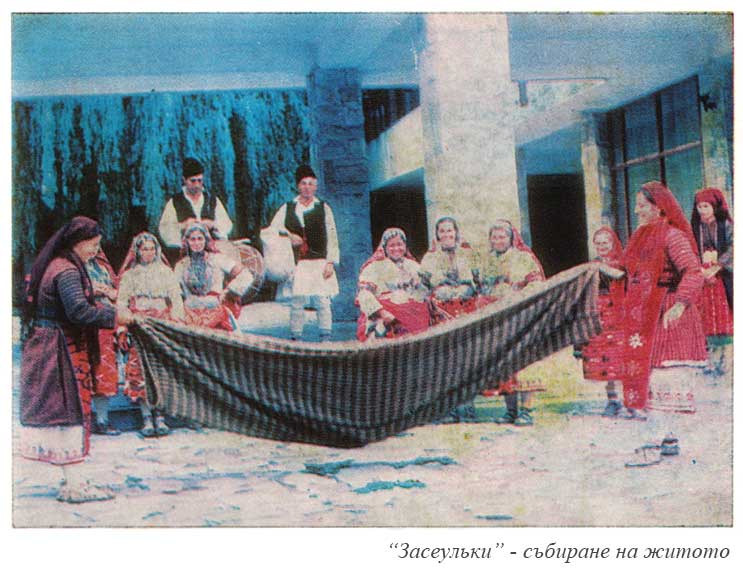 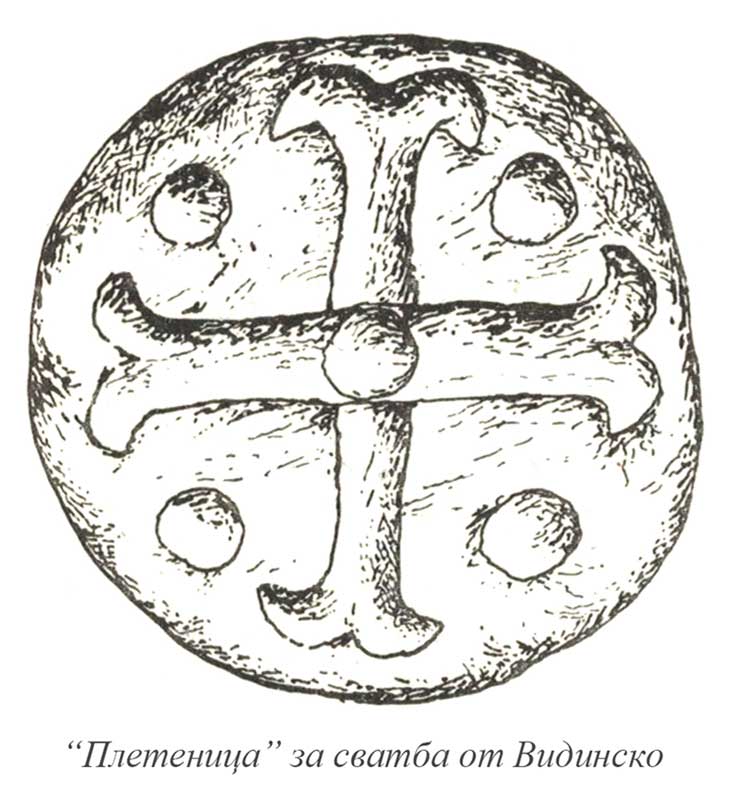 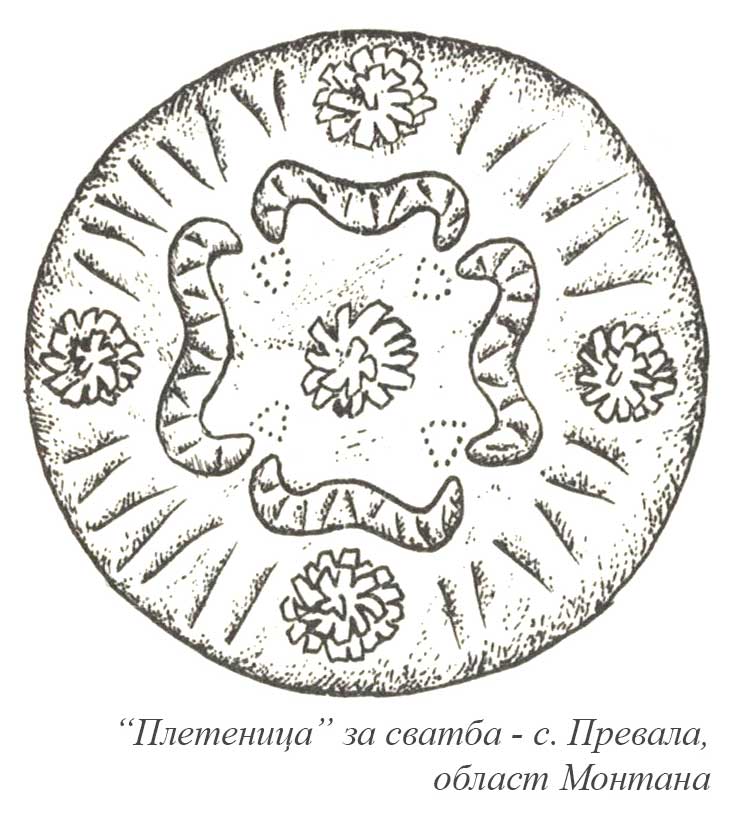