<module="photo" id="1548" maxwidth="300" maxheight="200">
White mistletoe (Viscum album) is a small evergreen shrub with almost spherical crown. Most often it attaches itself on the branches of pine trees and poplars, rarely on oak or fruit trees. The attachment of the white mistletoe succeeds through its root-like structure called the haustorium which penetrate into the cortex of the tree trunk and creates nodes in its timber.The stem of mistletoe is naked, highly branched and can reach a length of up to 50 cm. Leaves, flowers and fruit are arranged in the nodes of its branches. Leaves are opposite, elliptic to oblong, leathery, dark green, with parallel veins.


<module="photo" id="1547" maxwidth="300" maxheight="200">
The plant blooms in March-April. The flowers are small and green, gathered in groups at the axils of the leaves. The little berries at first are green and when ripe turn white, almost transparent with black seeds encased in a sticky mass. Ripe fruits are part of the menu of some bird species such as Mistle Thrush. After the birds finish feeding on the berries, they clean their beaks on the branches and spread the parasite-plant seeds. The sticky fruits of mistletoe often stick to the feet of birds, which also facilitates the distribution of the species from tree to tree.

White mistletoe (Viscum album) is a special kind of parasitic plant, it has green leaves that perform photosynthesis, but also needs a host plant to absorb water and nutrients. Such plants are called obligate hemi-parasitic plants. The species feeds on deciduous and coniferous trees mainly in eastern Bulgaria, in other areas of the country it is rare. It occurs both on single trees and in forests.
White mistletoe is widespread in Europe, North America and Asia. In some countries the plant is used for Christmas decorations .

The plant is used for medical purposes and is poisonous!
Whole plant is poisonous. The main toxic substances are foratoksin and viscotoxin A2, A3 and B1, which are antagonists of acetylcholine. The physiological effect is similar to a snake venom cardiotoxin. In the chemical composition of the plant includes also amines, flavonoids, tannins, resins, waxes. 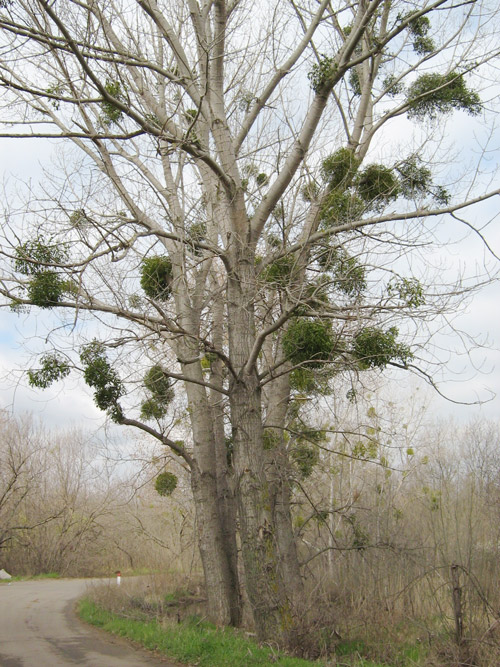 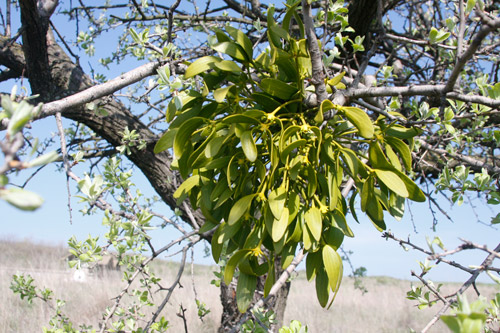 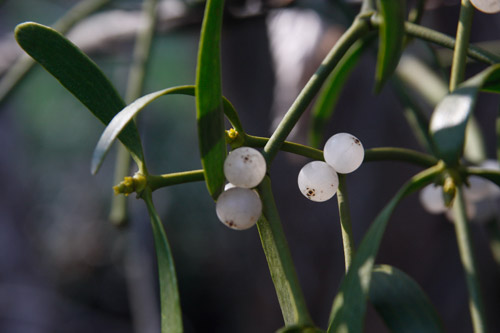 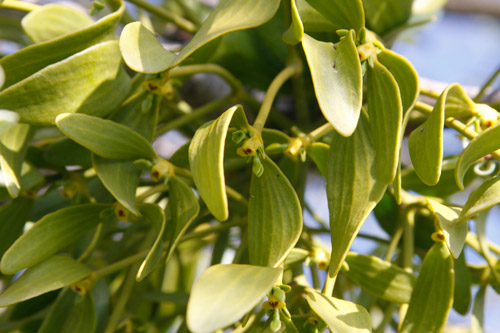 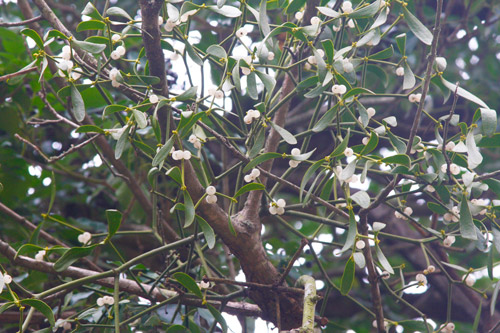 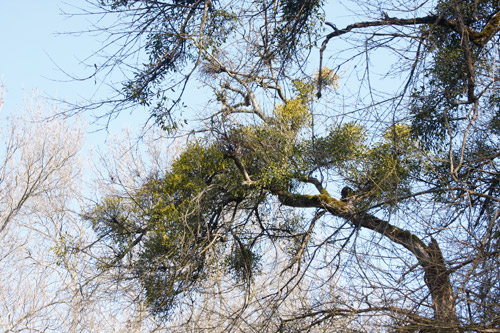 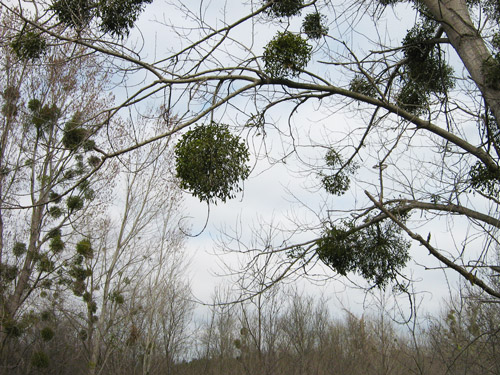 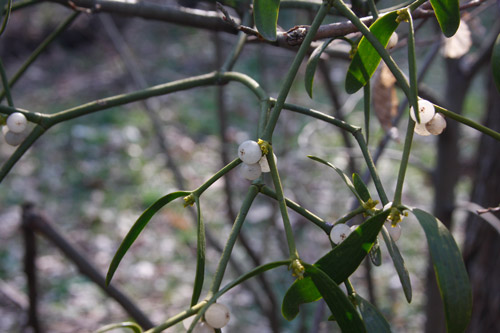 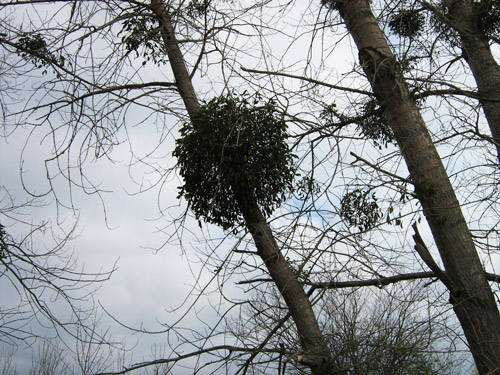