<module="photo" id="1412" maxwidth="220" maxheight="300">
Woodcarving is a form of wood working in an artistic way. In the Bulgarian tradition this craft developed in two types, the so called shallow (shepherd) and deep (iconostasis) wood craving.

Living alone in the mountains during most of the year, shepherds made objects of wood and decorated them. They created shepherds crooks, distaffs, buckets, rockers, chairs, spoons, salt pans, candle holders, hooks, all studded with sharp, geometrical ornaments. Like any folk art, they combine the requirements of practicality with aesthetic look. They are made of different wood, but the trees with hard and smooth structure like cherry, walnut, hornbeam, hazel, maple, maple, dogwood are most preferred.

Often the wood craving has aesthetic qualities and is spread on chests, home iconostasis, wooden elements of the house (doors, railings, closets, columns).

The Deep Wood Craving (iconostasis wood craving) is much richer and deeply impressive, as it relates to the church ritual. Motives are extremely varied (floral, images of animals and birds, human figures, fantastic images) and the artistic expression is much more creative.

Some of the oldest monuments of woodcarving in Bulgaria come from the 13th – 14th century. But the highest point of its development, the wood carving obtained during the Bulgarian Renaissance, when the increased national pride and wealth have been expressed in the rich decoration of houses, office buildings, churches and monasteries. This is the time, when traditional wood carving yield higher social significance.
In the 19th century formed the famous Woodcarving schools of Tryavna, Samokov, Debar and Bansko-Razlog.

Konstantin Dimitrov the Master was born in 1946 in the village of Lyulyakovo. He is from the family of Dimitar American, a descendant of Bulgarian refugees from Asia Minor. Already as a child Konstantin Dimitrov has demonstrated his artistic talent and passion for all types of art - singing, playing the accordion and painting. But the most important to him turned out to be the wood carving, which he felt as a spiritual necessity, as an opportunity to express his innate imagination as a way of living.
Konstantin Dimitrov‘s first urge for this art is associated with a visit to the national exhibition of arts and crafts in the village of Oreshak, near Troyan. There he saw works of great Bulgarian carvers but understands that, except inspiration for professional appearance, there is also the necessarily for academic education.

In 1977, as a student at the National Art Academy in the group of Prof. Asen Vasilev, Konstantin Dimitrov participated in few major national exhibitions. He participated with wood carved ceiling, cupboard and table. Not long after he became a member of the Fellowship of masters in Sofia.
He continued his studies at the Art Academy in Poland and graduated it successfully. His works are part of many international exhibitions; some of them are in private collections in Austria, Germany, UK, Russia and the United States.

Konstantin Dimitrov has created the iconostasis for several monasteries in Poland, Belarus and Lithuania. He used walnut and cherry and breathed them life. In these places people call him the "Bulgarian master."

Today, after 28 years of emigration, Konstantin Dimitrov is back in Bulgaria. His carvings, mostly of oak and beech, still consist of typical Bulgarian patterns and symbols. They tell stories of the profound connections between life and art, stories of the artist’s anguish and the joy when a childhood dream comes true... 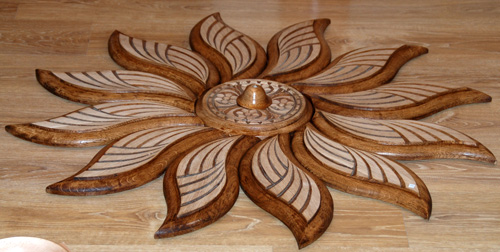 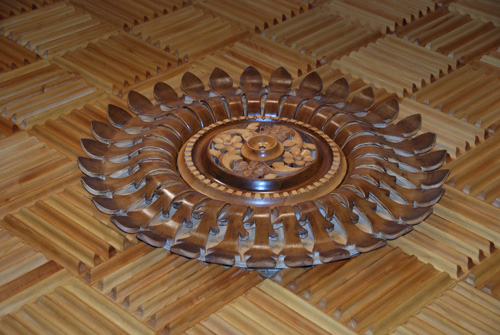 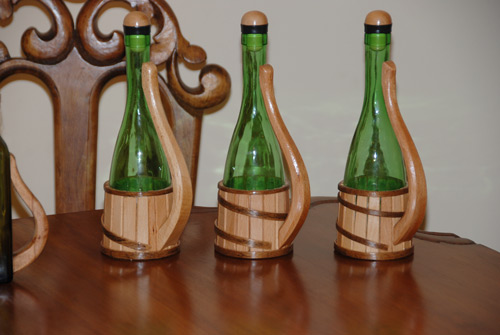 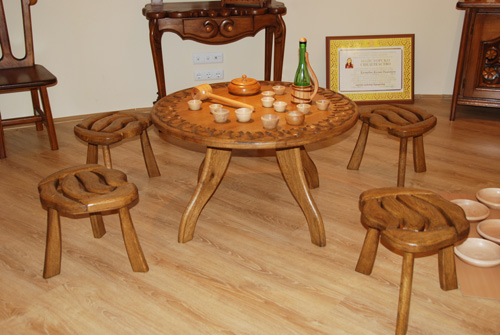 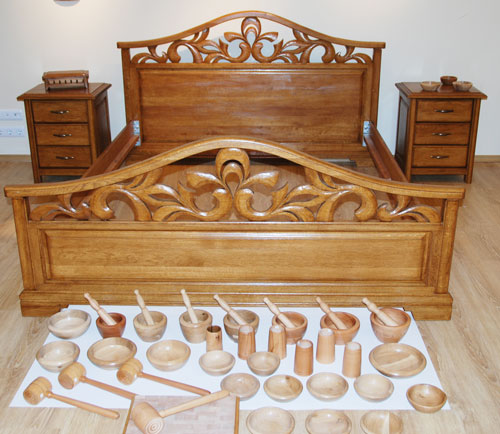 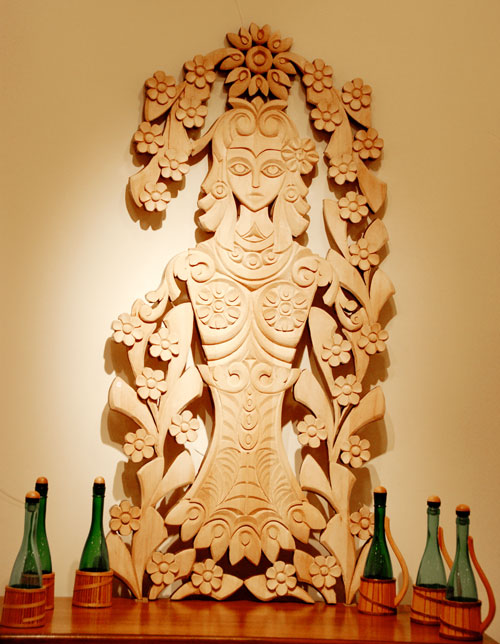 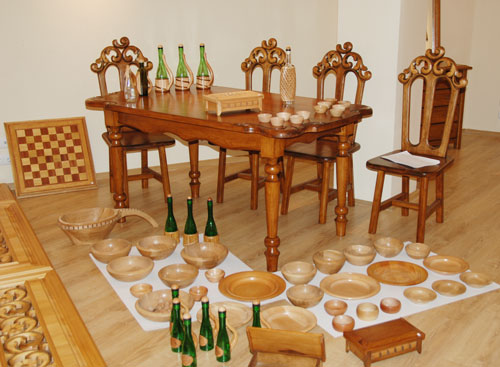 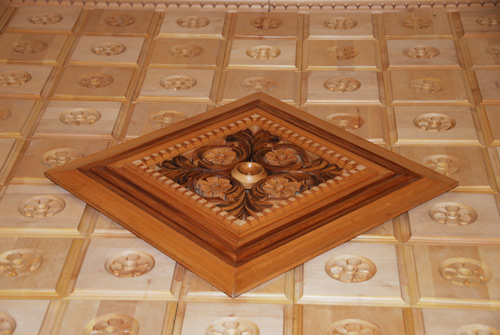 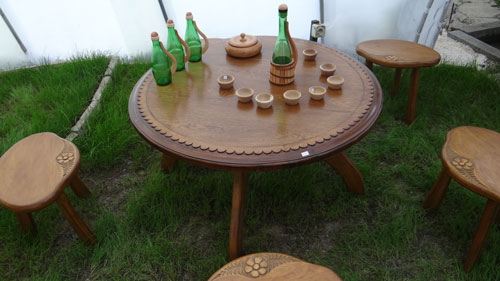