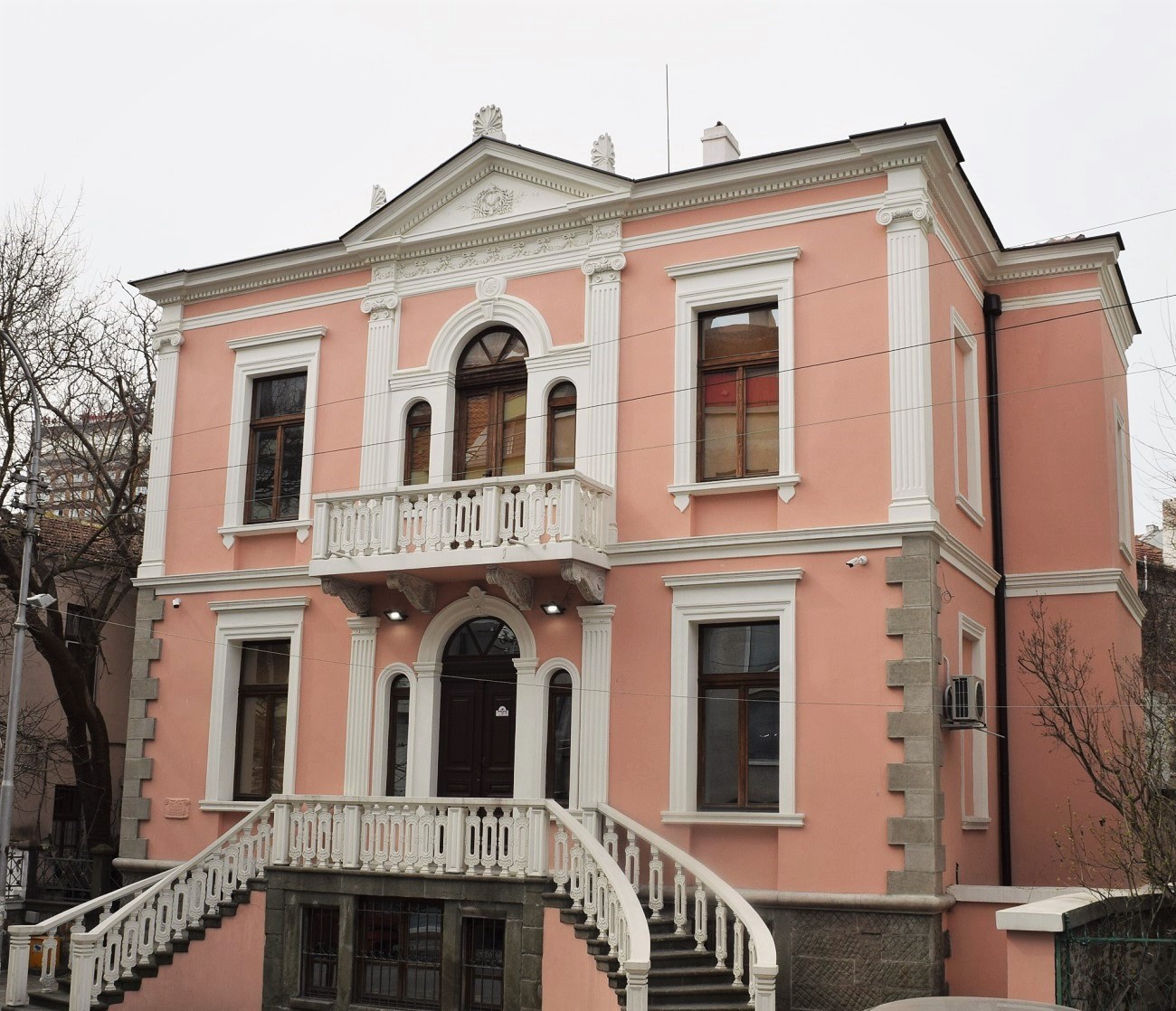 One of the most emblematic and outstanding buildings in Burgas is the house of Eng. Kutsodimitros, built in 1896 on his project together with Ricardo Toscani. Apart from being architectural, it also has a certain historical significance in connection with the development of school education, and later of the museum work in Burgas. For many years it housed various schools - junior high school, high school, pedagogical high school and others. The citizens keep the memory of the Class Girl's School, opened in 1906-07 and housed in the "House of Kutsodimitros". Since 1912, students have been conducting part of their classes in the building of the Fotin School (Girls' High School, now the Archaeological Museum). In 1919, the Ministry of Public Education decided to transform the Classroom Girls' School into two new schools. One will become known as the State Pedagogical School with director Deyan Belopitov and will continue to be housed in the Kutsodimitros building. The second school emerged after the unification with the Fotin school and thus the beginning of the Girls' High School with the first director Panayot Vodenicharov was set. The two schools existed from 1921 until their closure in the 1950s.

D. Belopitov and P. Vodenicharov are brilliant organizers of modern education in Burgas, as well as museum figures in the Burgas Archaeological Society "Debelt". The first museum expositions are presented in the Fotin building (now the Archaeological Museum), and in 1953 the building housed the District Historical Museum of Burgas. But the house of Kutsodimitros, in turn, is also provided for museum needs. In 1984 the Natural Science Exposition was solemnly opened in it, which uses the building to this day.

In terms of architecture, the House of Kutsodimitros is included in the ensemble of buildings on Gen. Lermontov ”and K. Fotinov ”. Its built-up area amounts to 155 square meters in the form of a square. The structure is massive with 50 cm external load-bearing brick walls, with a basement and two more residential floors, and the roof is four-pitched, covered with Marseille tiles. The architectural project is in the spirit of modern neoclassicism in Europe at that time. This is found in the forms, details and elements, solved symmetrically, as in one axis with the main entrance there is a baroque two-armed staircase. The functional and communication center is the staircase, which is passed through the entrance hall. It was once separated from the hall by a glass jam. On each floor there are five rooms connected to the hall or the entrance hall (today united in a common hall). The balcony to the street is located centrally above the external baroque double staircase. The original interior is richly designed. The walls and ceilings are decorated in Rococo style. The building is valuable as an architectural monument with its "neoclassical" appearance. Historically connected with the education and culture of Burgas, it finds a worthy place among the bright sights of the city.