Even today, where the Black Sea washes the shores of the warm Strandja Mountains, the old traditions connected with the magical folk rites are still living. They continue to be practiced by the local communities with the same admiration and faith in the theurgy power of the Sun and the Fire. Preserved only in this part of Bulgaria, those phenomena of sacral culture have been defined by explorers as traces of the old Thracian and Bulgarian shamanism.
Nestinarstvo (a dedicated fire-dance) is among the oldest and most mysterious rites, practiced even today by the population of Strandja Mountain in its authentic form. In the ancient village of Bulgari, every year on the 3rd of June takes place a celebration dedicated to St. St. Constantine and Helena also known as nestinarski igri (nestinar games).
In the early morning the priest blesses the offering dishes – a boiled mutton inside the stolnina (a small building for preservation of the icons, usually found next to or inside the house of the chief of the fire-dancers) dedicated to St. St. Constantine and Helena. After the liturgy is celebrated, the churchwarden, who is a very honoured man – heir of an old nestinar family, and the boys caring the icons set off from the stolnina under the accompaniment of drummers and gaida (a type of Bulgarian bagpipe).
Next the procession goes to the stolnina located at the house of the chief-nestinarka (a woman). Here the icons are “dressed” in ritual shirts covered with silver coins and adornment. With the blessing of the chief-nestinarka, all attendants of the celebrations head towards the holy spring of St. Constantine. Short after their arrival there, the icons are placed to “rest” at the ritual wooden seat guarded by the chief-nestinarka. The churchwarden uses water from the holy spring to “wash” the icons and bless the attendants with it; follows the chain dance – horo, as the entire group of nestinars dances on the last horo. By noontime everybody is going back to the village.
Six cars with wood have been used for the preparation of the festive fire that is burning on the central square in front of the church during the day. In the late afternoon the ritual ground is formed from embers spread in a circle of about 8 - 10m diameter. At nightfall begin the incessant horos round the glow. To the heavy clipped sound of the ritual drum, the nestinars get into peculiar trance and walk barefoot into the hot embers. Shouting loudly and abruptly, they are traversing the embers in the sign of a cross and then dance a few minutes with the sacred icons in hands, without having any burns.
Men and women, usually from the same families become nestinars. They hand down from generation to generation the secrets of the magic dance, as the chief-nestinar has the most important part in their society. She has got that place in the hierarchy for her exceptional religious devotion and abilities of a medium. Therefore people honour her as a magic mediator between them and the saint-patrons, delivering predictions about fertility, health, wars or family’s fortune.
The traditional faith in magical rites and spells is bound to the will of taming the fearful force of nature. They are performed with the intention to help people and Nature in their co-existence, therefore the most significant is the symbolic of the Sun and Fire as life-spending sources. 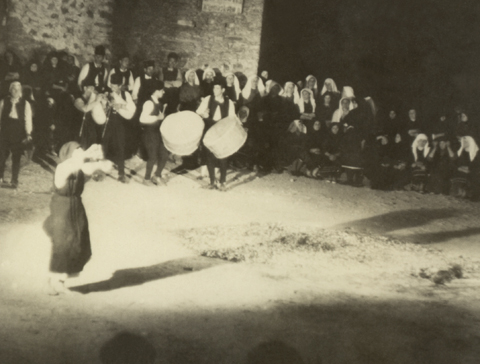 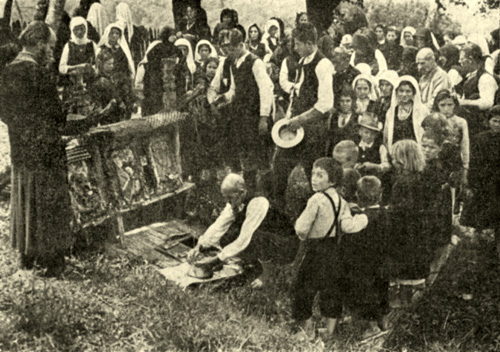 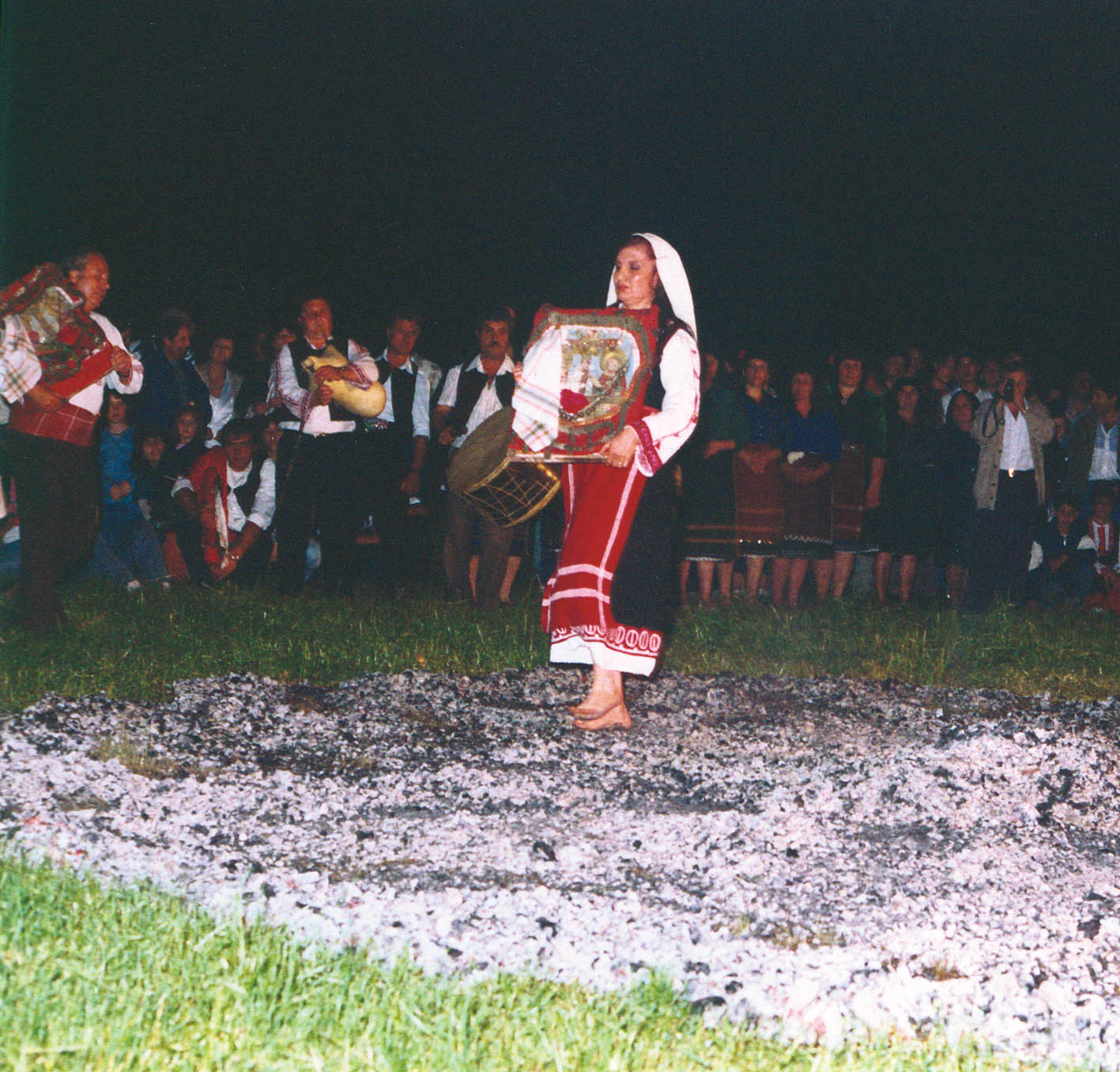 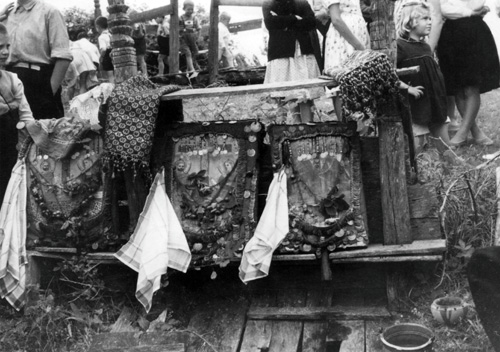 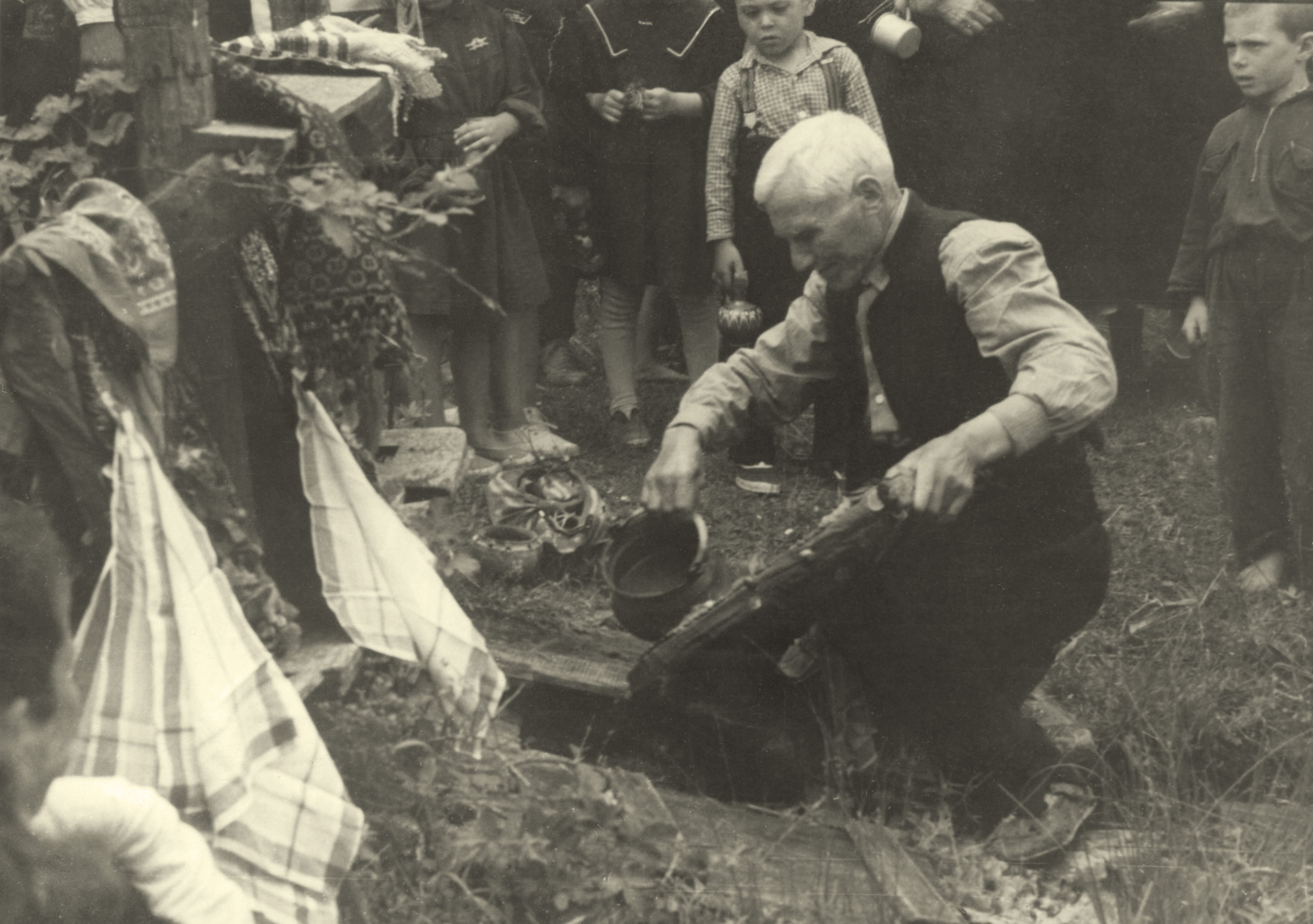 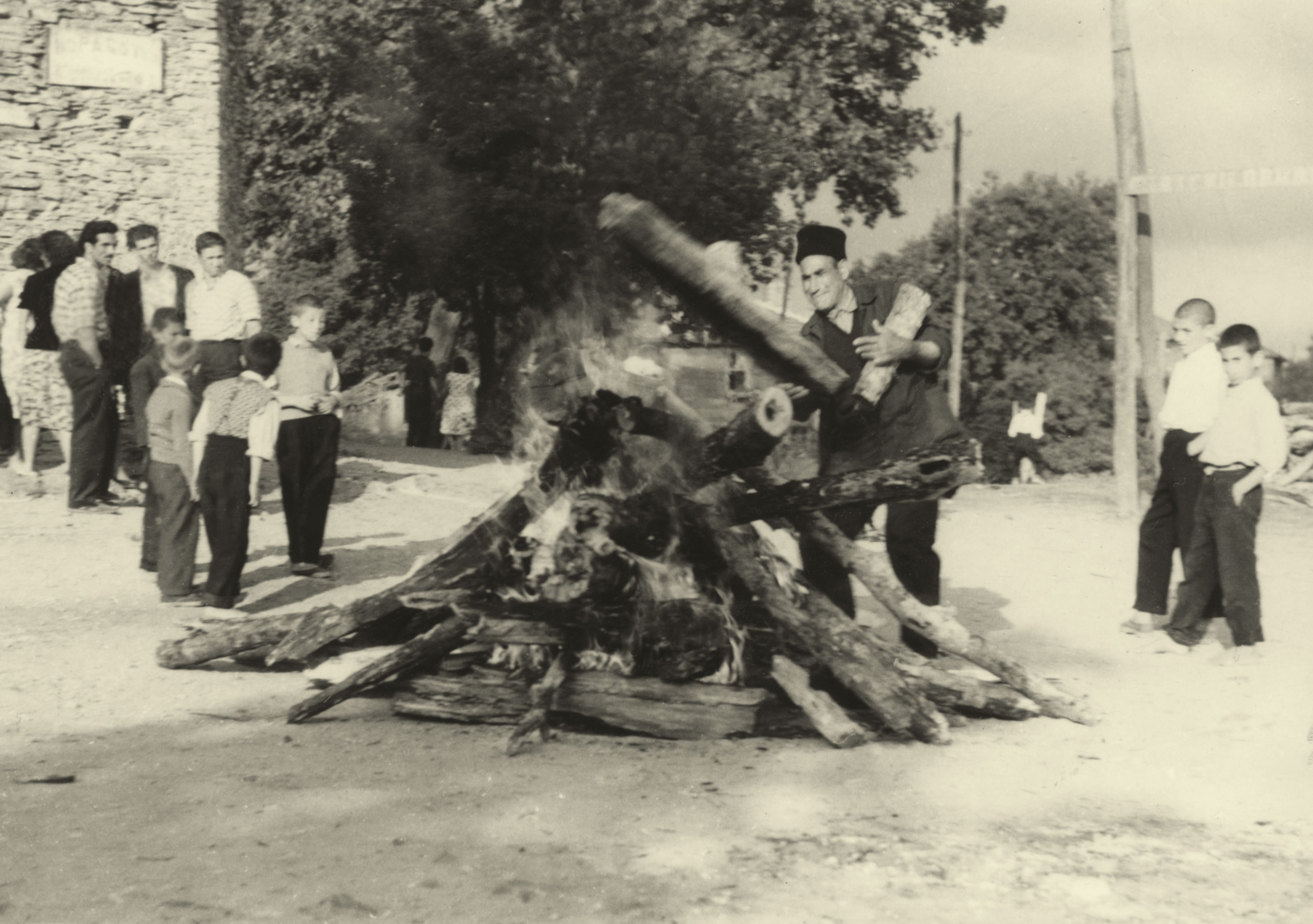 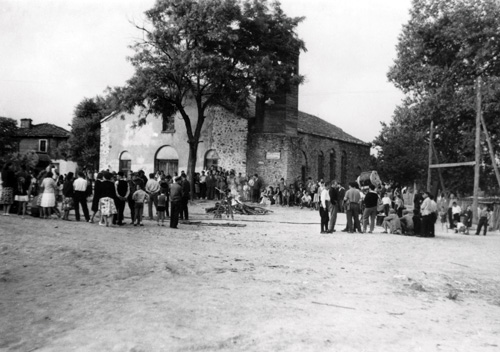 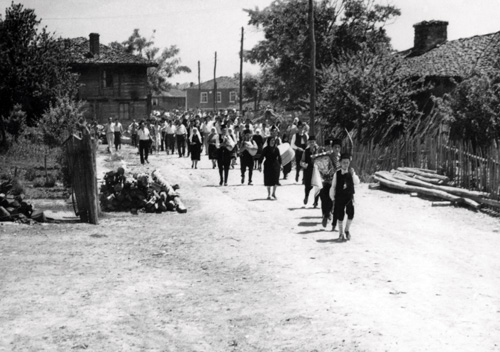 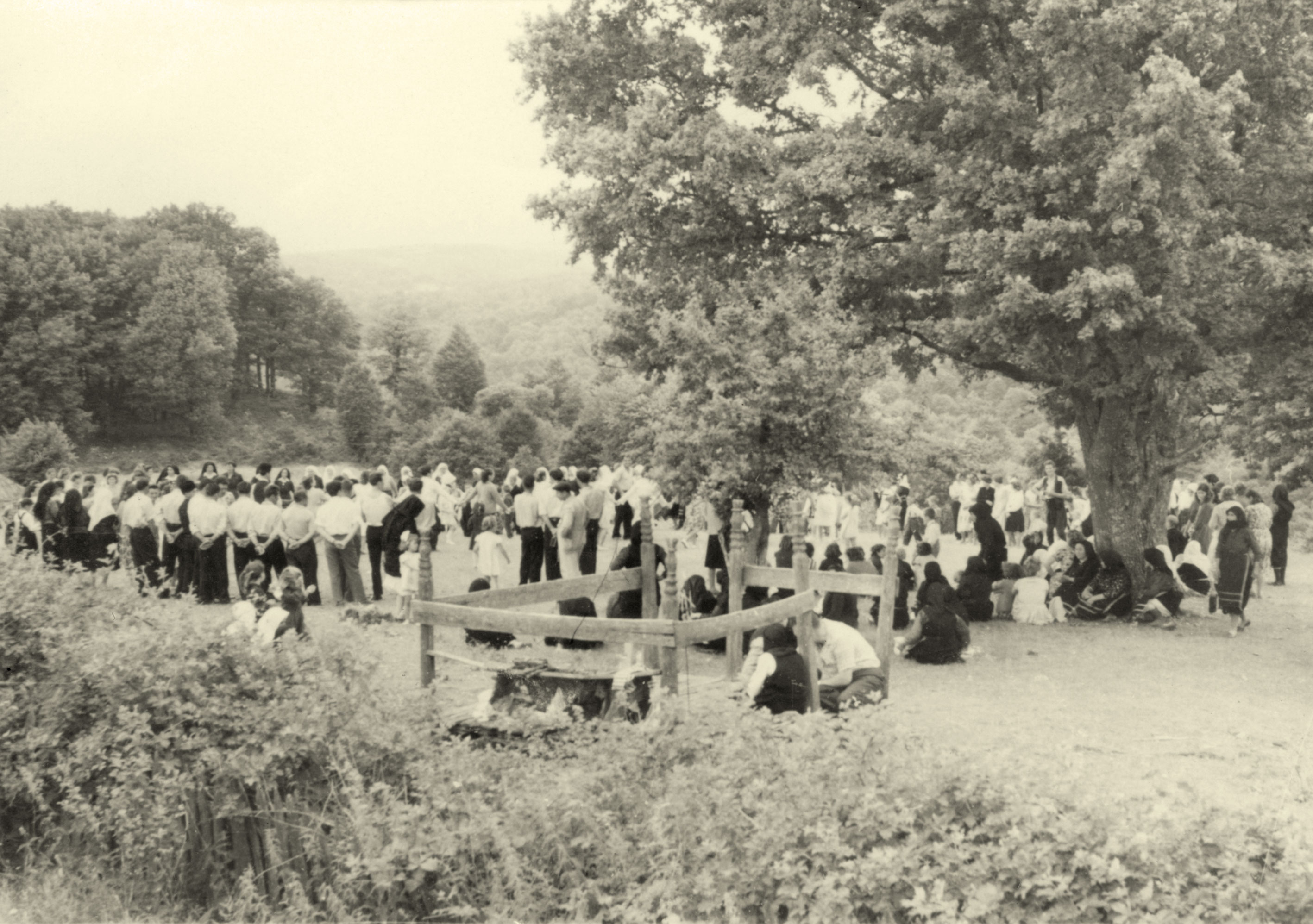 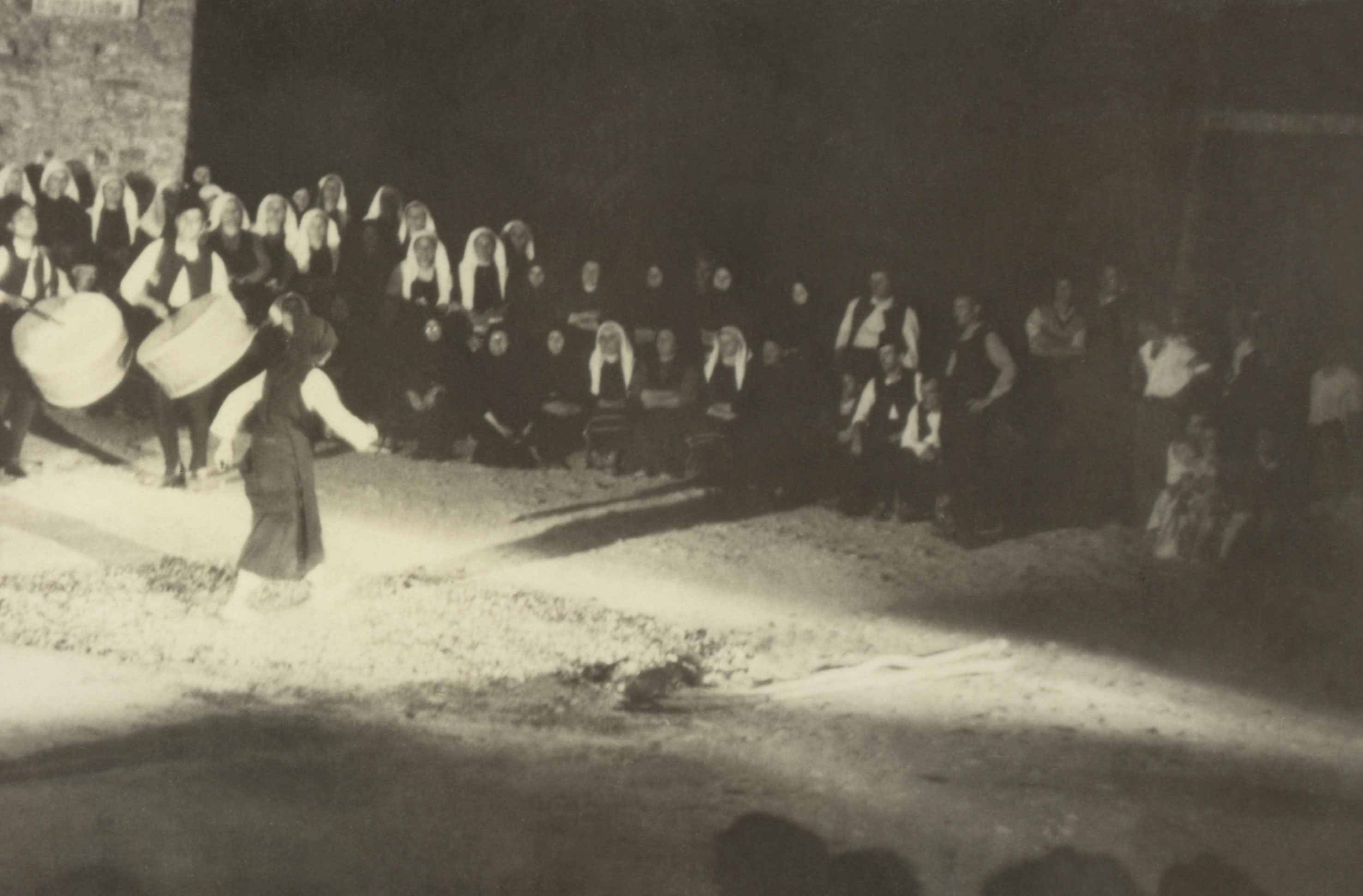 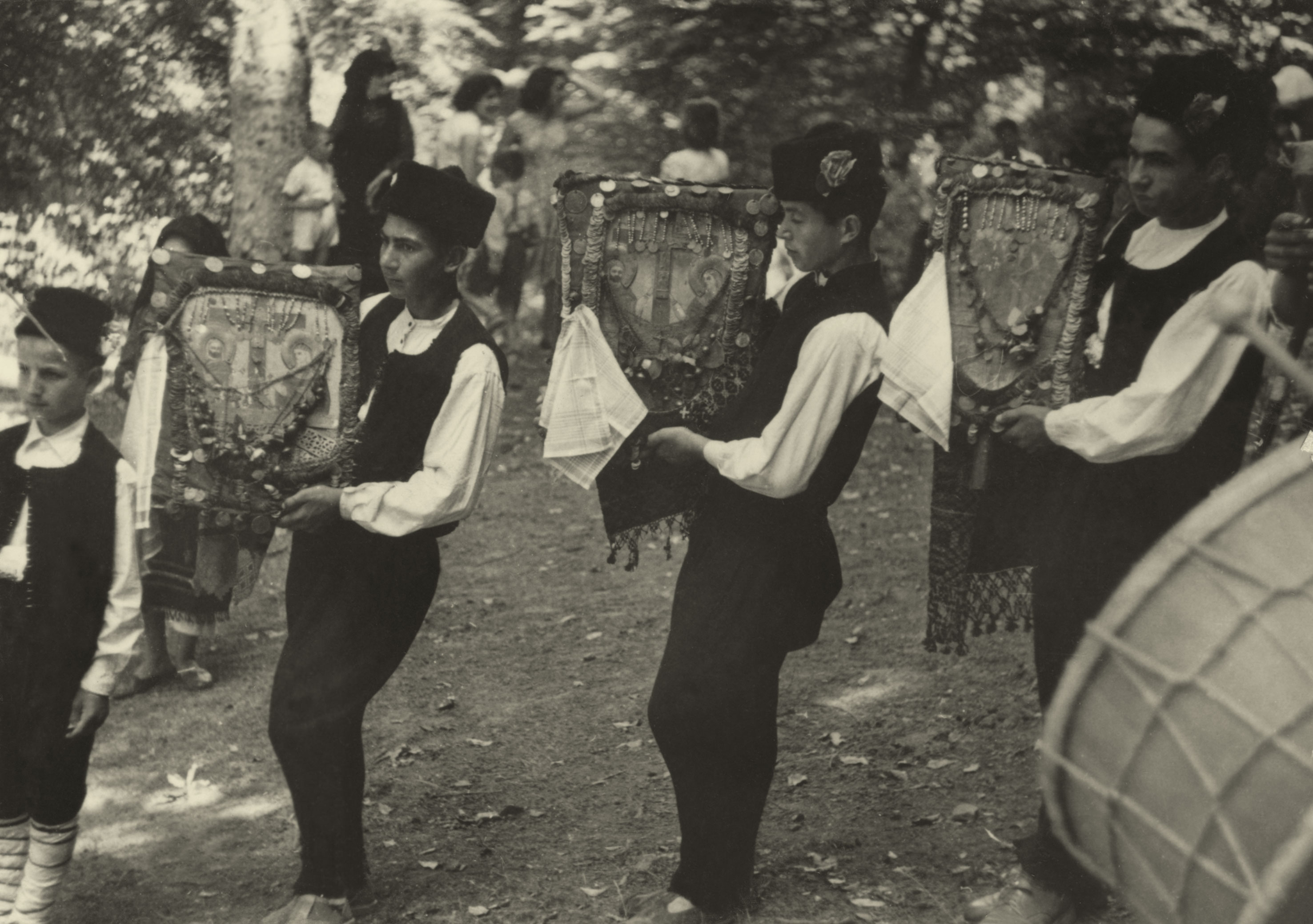 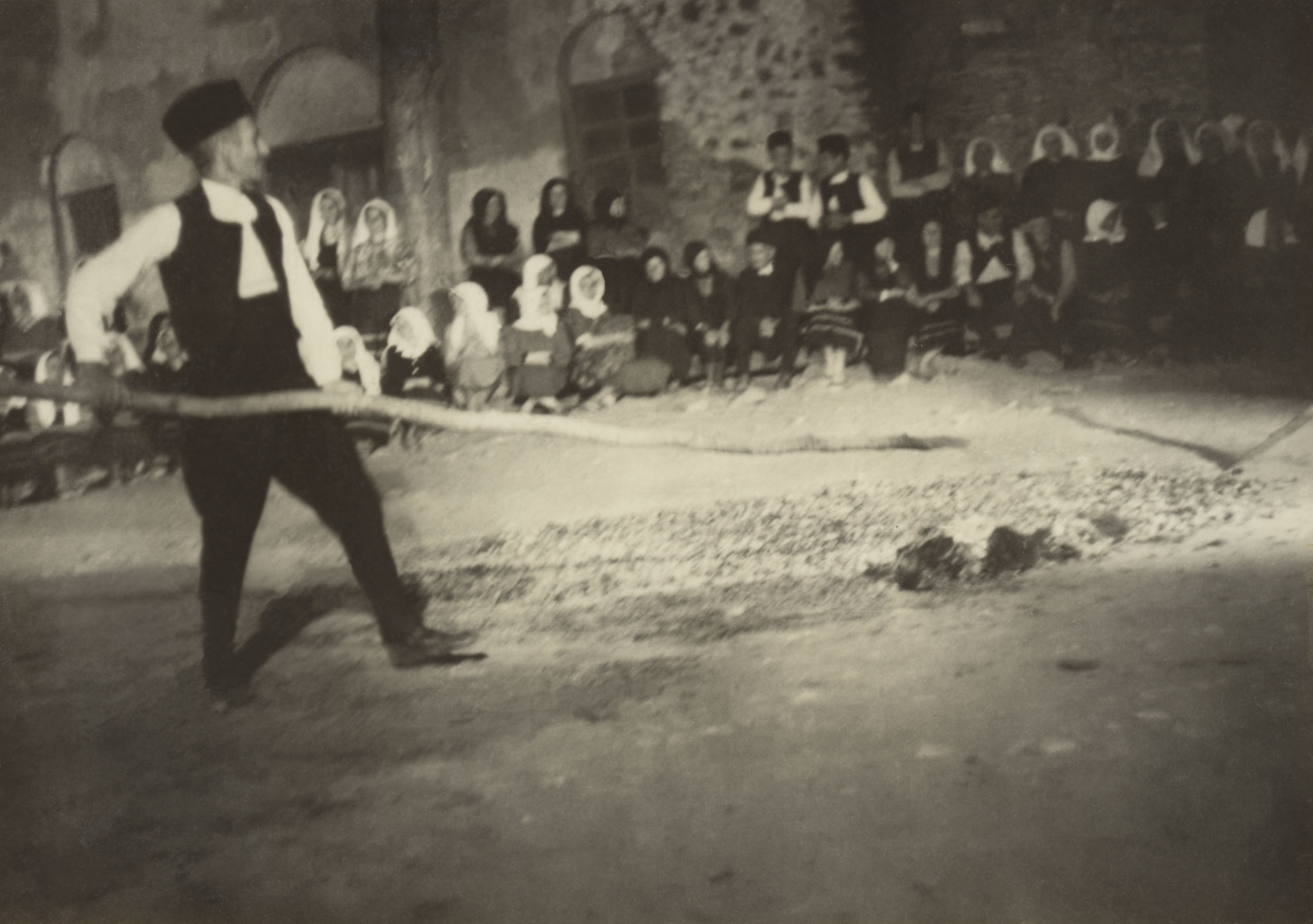 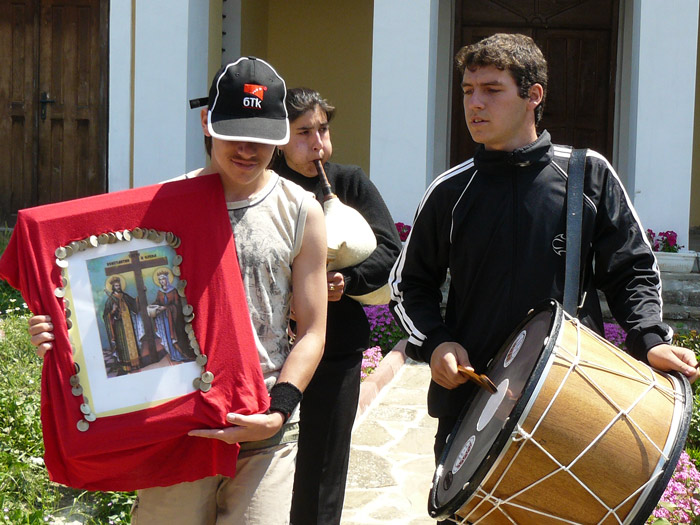 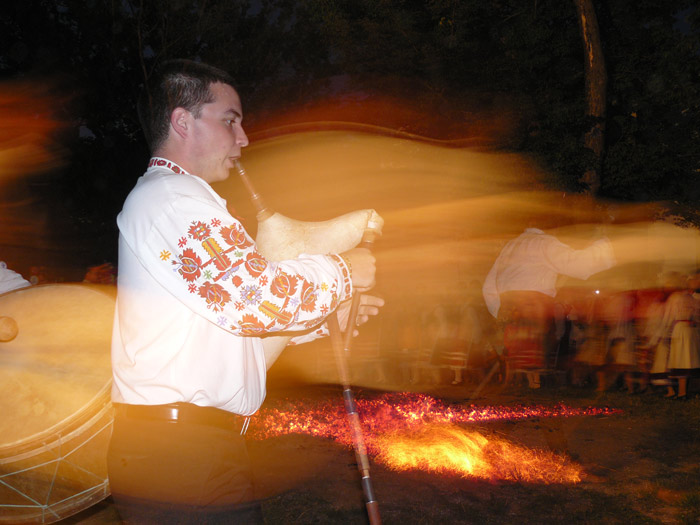 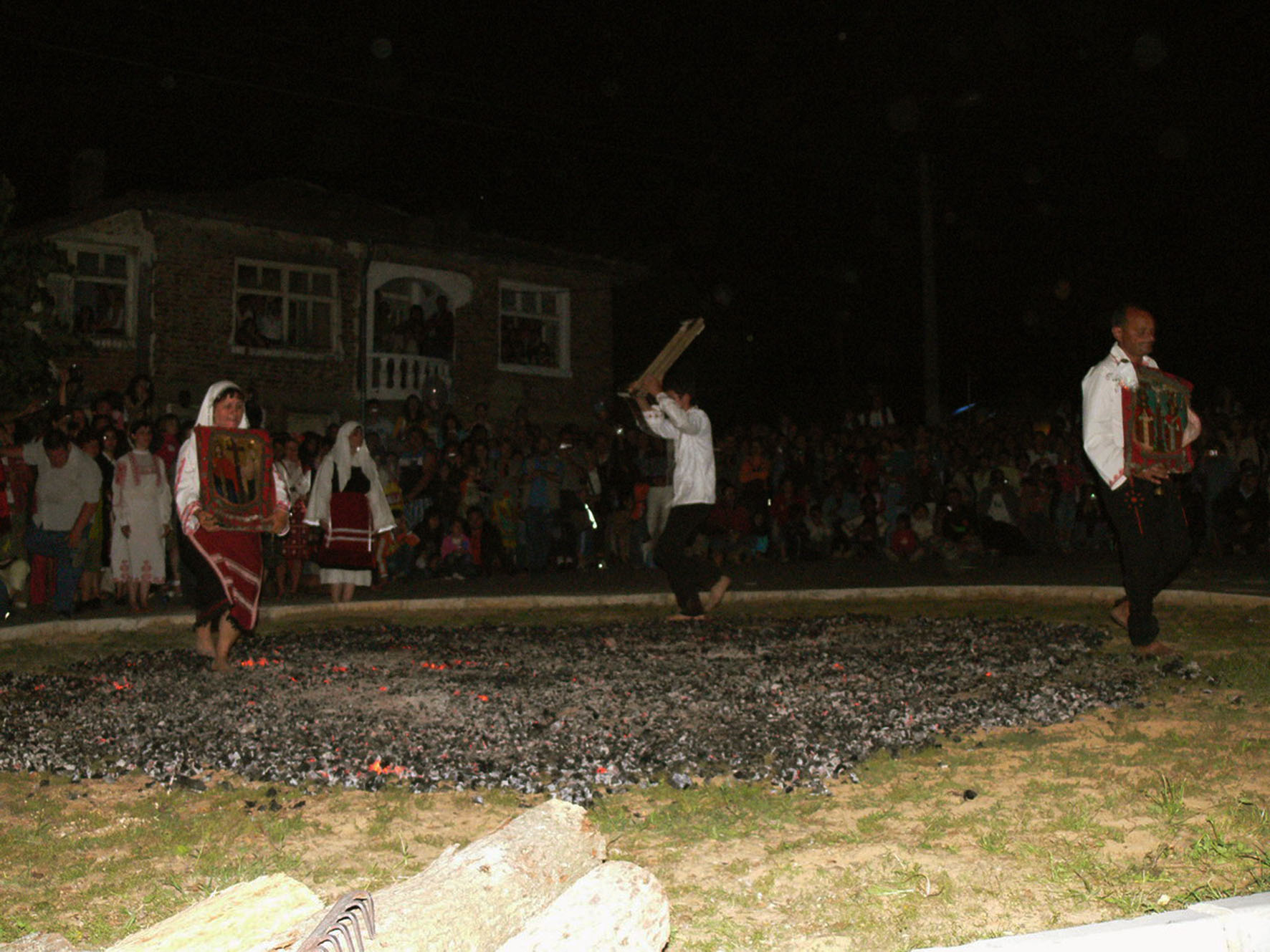 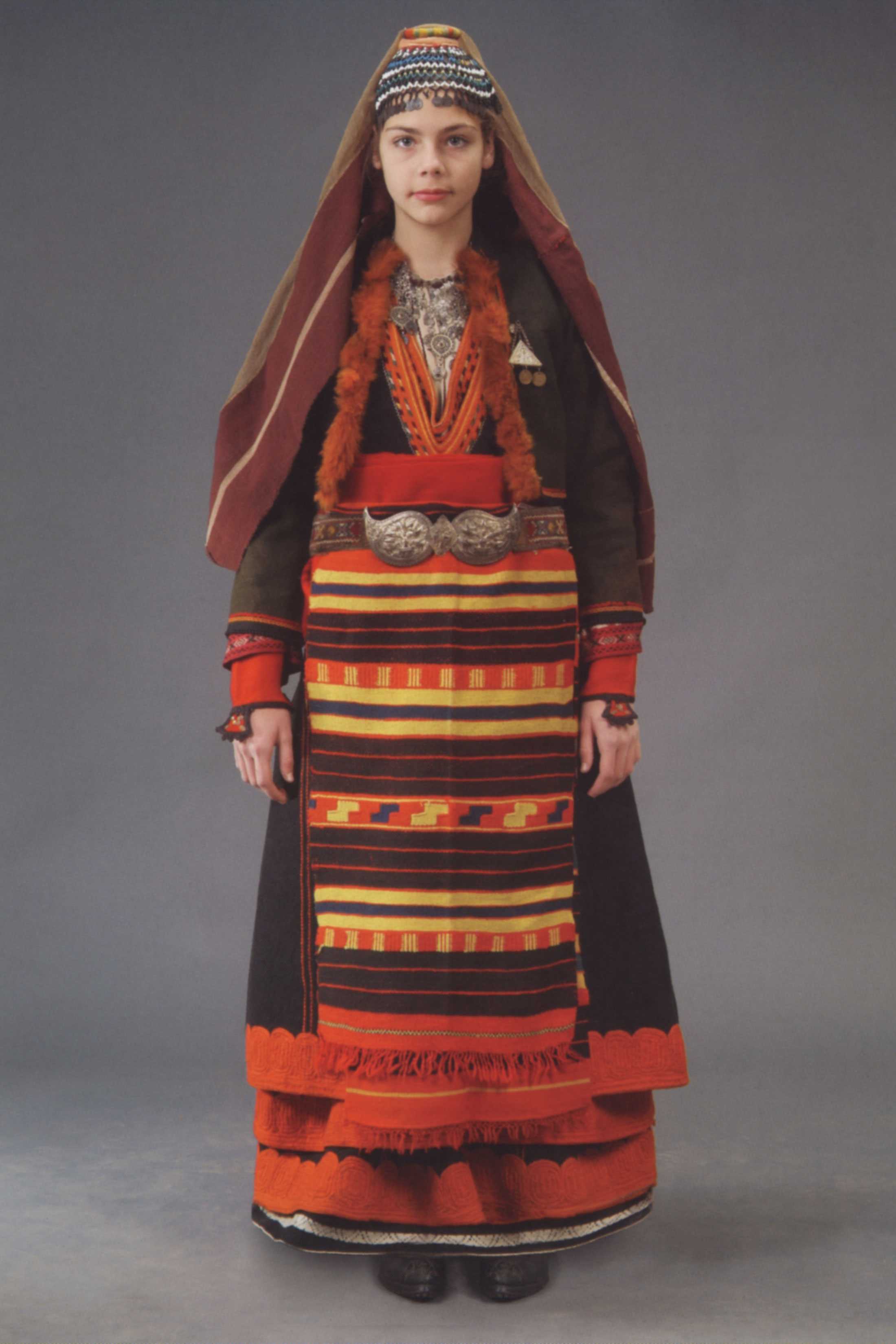 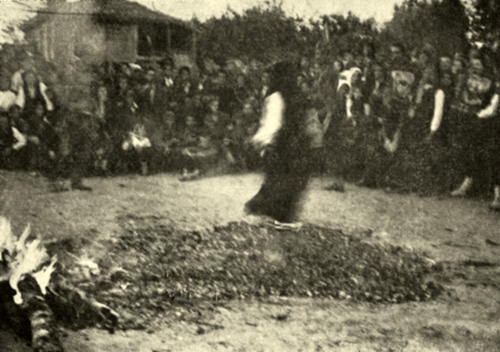 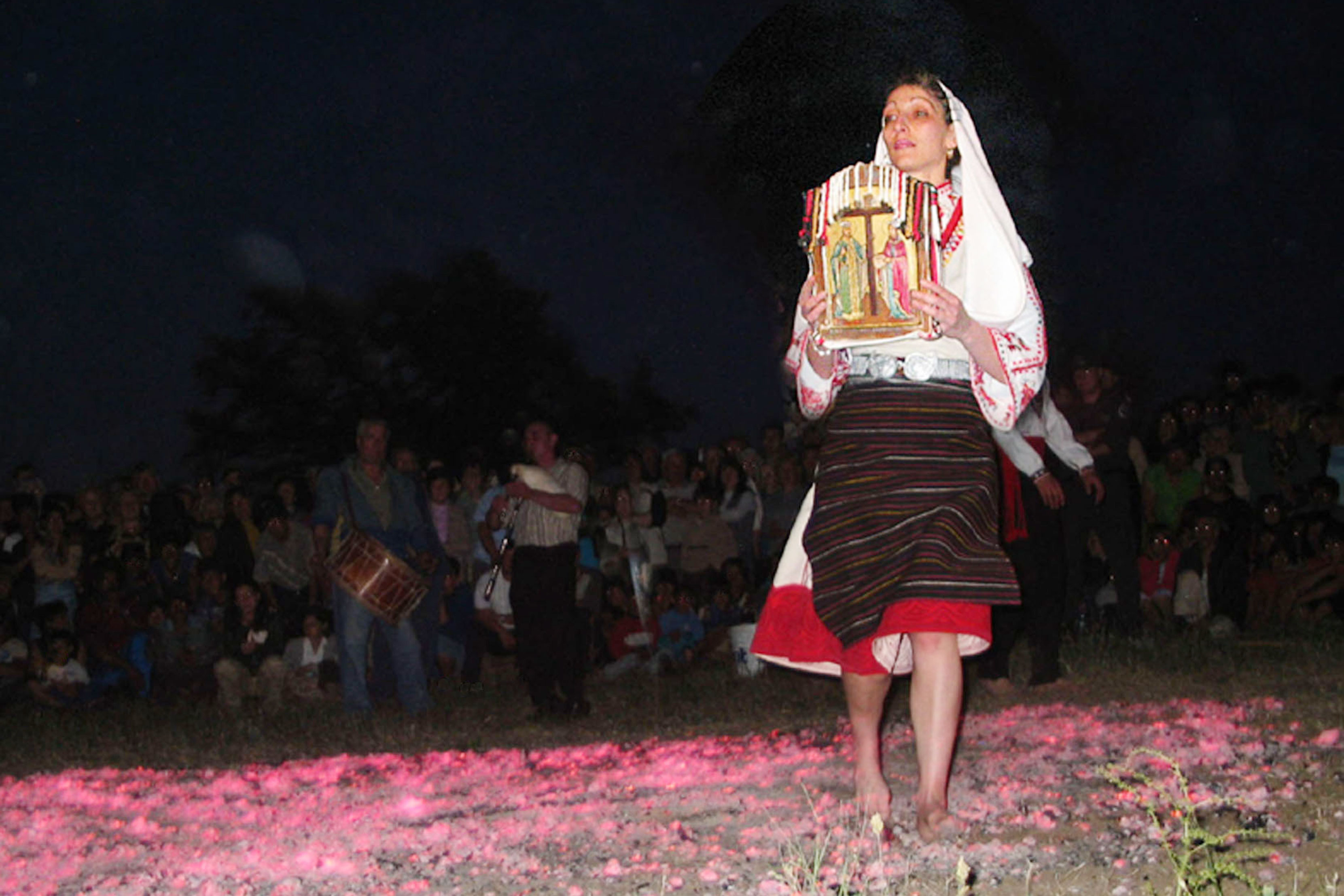 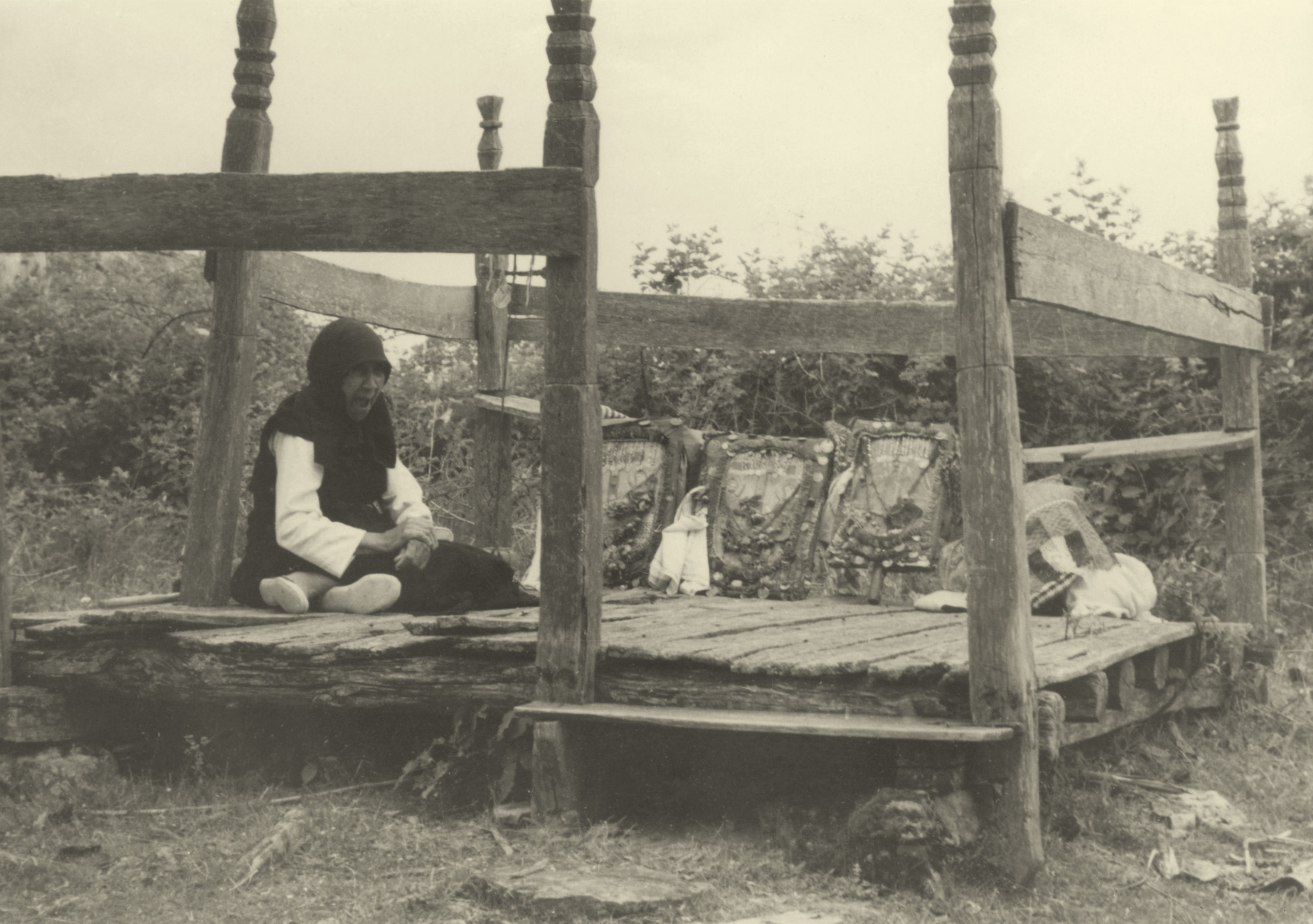 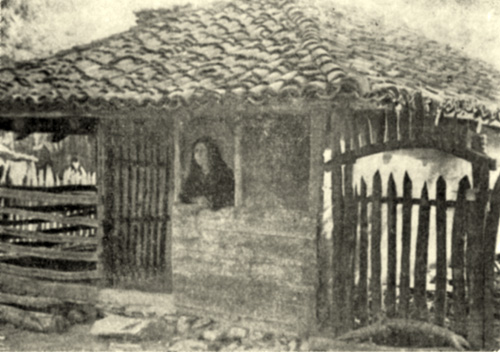